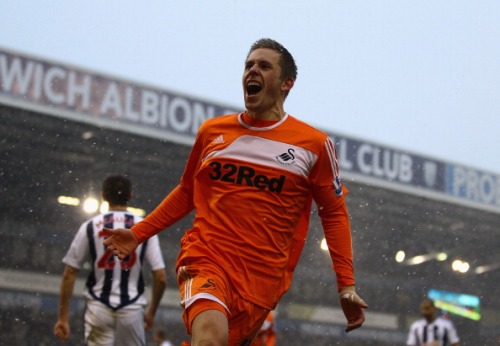 Tottenham Hotspur have accepted an £8m bid from Crystal Palace for forward Gylfi Sigurdsson, according to reports from England.

The London club made the bid for the Icelandic international last week and, according to Palace fanzine The Five Year Plan, their rivals from the capital accepted. It remains unclear as to whether Sigurdsson, who has been in and out of the Spurs team over the past year, is open to the move.

Palace were rumoured to be interested in a snapping up both Sigurdsson and his Spurs teammate Michael Dawson earlier in the summer as boss Tony Pulis aims to build on last season’s mid-table finish. Neither club has confirmed the projected move, but it is believed that Sigurdsson is currently discussing personal terms with Palace.

If the transfer went ahead, the 24-year-old former Hoffenheim player would eclipse the £7m Palace paid for striker Dwight Gale in January to become the club’s new record signing.

Sigurdsson was signed for Tottenham by former manager Andre Villas-Boas for £8.8m. However, despite a strong first season at the club, he fell out of favour when the Portuguese boss was replaced by Tim Sherwood during the 2013-14 season. In two years with the North London side, he has made 58 appearances and netted eight times.