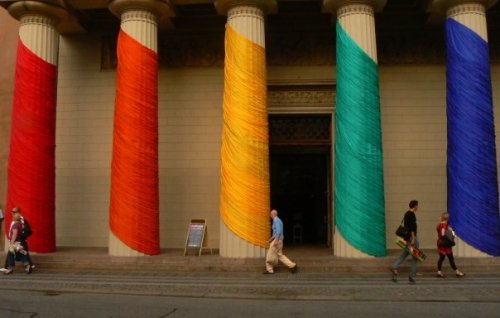 Norway has been named the most gay-friendly country in the Nordics, according to an index that notes whether legislation respects the lesbian, gay, bisexual, transsexual and intersex (LGBTI) community’s rights.

In 2013, Sweden was named as the world’s most gay-friendly holiday destination, with Norway coming back in 10th place. However, the latest index from the Lesbian, Gay, Bisexual, Trans & Intersex Association (ILGA) showed that Norway is well ahead of its neighbor in terms of laws that supporting gay people.

The Rainbow Europe Map shows the legislation and policies of 49 European nations in terms of how they impact the LGBTI people’s human rights.

In the gay-friendly ranking, Norway got a total of 68 per cent, with Sweden and Denmark both scoring 65 per cent and Iceland 64 per cent. Finland was well below the other Nordic countries, scoring just 45 per cent.

The report noted that Norway had introduced an anti-discrimination law last June and has started a review on what health requirements transgender people wanting their gender to be legally recognised must meet in September. It also concluded that, although some people continued to express discomfort, Norway is among the most accepting countries towards their LGBTI community.

The UK, Belgium and Spain were ranked as Europe’s the most gay-friendly countries, scoring 82 per cent, 78 per cent and 73 per cent respectively.