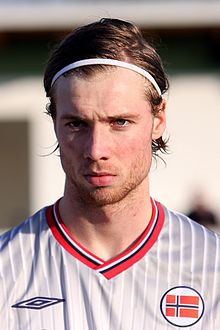 The Norwegian manager has been busy since taking over at the Premier League side, signing Heerenveen’s Magnus Wolff Eikrem and Molde’s Mats Moller Daehli. The Welsh side have also had a bid accepted by Wigan for defender Ivan Ramis, although they face a fight with other clubs for his signature.

Berget, 23, will now be reunited with both Daehli and Eikrem, who played for Molde before moving to Heerenveen in Holland. He will also team up with his former manager Solskjaer, who led Molde to the club’s first-ever Norwegian championship before defending their title the following season in 2011 and 2012 respectively.

The forward passed a medical at the Cardiff City Stadium on Thursday before signing a two-and-a-half-year deal.

Solskjaer said that his new signing had only five months or so of his contract to run at Molde so Cardiff managed to get a “very good deal”. He went on to say that Berget understands how he wants to play so he should be a very good signing for Cardiff City.

Berget has been capped four times for Norway, but his only previous spell abroad, with Italian Serie A club Udinese, was unsuccessful. He returned to his homeland to join Molde, where he has since developed into one of his country’s hottest prospects.