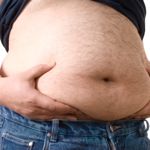 Popular reality television show The Biggest Loser has confirmed that it will air in Iceland for the first time. In a sign that it could be a hit in the North Atlantic country, six hundred people filled out applications to appear on the show on day one of registration.

The Biggest Loser Iceland is set to mirror the format used in the US, where it has been a huge success. Participants on the show are challenged to lose weight over a period of time, and also have to work with a personal trainer and complete a range of different physical tasks.

The chance to appear on the show may appear to be something many Icelanders are keen to do, but despite the number of applicants, not everyone is of the opinion that bringing The Biggest Loser to the country is a positive thing.

Psychologist and Organisation of Respect for the Body president Sigrún Danielsdóttir said she is concerned about the message the reality TV show sends out to people, particularly how it encourages people to compete with each other while trying to lose weight.

Sigrún is of the mindset that the approach that The Biggest Loser takes may raise the likelihood of participants doing everything they can to lose weight and taking the unhealthy route towards hitting their targets.