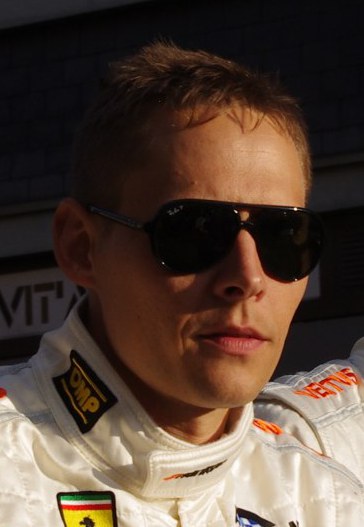 Danish racing driver Allan Simonsen has been killed in a crash at the Le Mans 24-hour endurance race. Organizers confirmed his death, saying that the 34-year-old’s Aston Martin V8 spun off the track on the third lap at the notorious Tertre Rouge bend and crashed into the safety barriers. They added that the car was completely demolished.

The race’s organizers, the Automobile Club de l’Ouest, said that emergency services arrived at the scene straight away and transferred Simonsen to the Circuit Medical Centre to be treated. However, his injuries were too severe and he died shortly after. The club went on to express its sadness, and offered its condolences to the driver’s family and friends.

Simonsen crashed around 10 minutes after the race began with wind and rain making the conditions at the Sarthe circuit extremely challenging. The showpiece was stopped for an hour to mend the safety barrier and remove debris from the circuit.

The Danish driver, who was competing at the Le Mans endurance race for the seventh time, was racing in the GTE-AM category. Riding with him in on the tem were teammates Kristian Poulsen and Christoffer Nygaard. The trio had been celebrating taking pole position just two days earlier.

Simonsen is the 23rd driver to die in the Le Mans race, including during the qualifying races, but the first since Austrian Josef Gartner in 1986. His last victory came at Silverstone in April after he crossed the line first with Nygaard and Poulsen in the GT-AM class. On his personal webpage he described Le Mans as his favorite circuit.