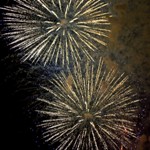 The live New Year’s Eve webcam feed overlooking the skyline of Iceland’s capital, Reykjavík was a great success, pulling in over 200,000 viewers worldwide.

The webcam, set up by Icelandic telecommunications company Míla, captured the attention of hundreds of thousands wishing to experience New Year’s Eve in Reykjavík, watching night turn to day as the fireworks light up the city’s skyline.
Each year, thousands of tourists visit Iceland to see in the New Year and witness the spectacular firework display. Visitors describe the event as something everybody should experience at least once.

Thanks to Míla, viewers were able to experience the exploding rockets and dancing lights as it happened from the comfort of their own homes.

In addition to the New Year’s Eve 2011 webcam feed, Mila also maintains many other webcams situated around Iceland, all of which can be viewed live 24/7 via its website. Webcams are located at the Blue Lagoon, Gullfoss, Jökulsárlón, Geysir, Katla, Hekla, Eyjafjallajökull, Akureyri, and Austurvöllur in downtown Reykjavík.

To view the other webcam feeds and to see reruns of News Year’s Eve in Iceland, visit http://live.mila.is/english/.