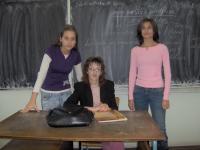 Evidence has come to light that some Norwegian university students are cheating the system. It would appear that the students are collecting student aid they are not entitled to. The news comes in the wake of a scandal facing Norwegian ex-parliament members accused of tweaking their pension benefits.

The same newspaper that broke the MP pension story, Dagsavisen, also discovered that university students are using fake addresses to claim they are living independent of their parents. By living alone, the students are entitled to much more financial aid because living costs should be higher than when staying at home.

In Norway, parents are not considered to be primarily responsible for their children’s university costs. Most legitimate students over the age of 18 must work part time or apply for loans and grants to make it through college. Most students graduate at an older age, and with much greater debts, than students from some other countries.

Of the 150,000 Norwegian students financing their education through Statens Lanekassen, a student loan agency, only 8,000 state that they live with their parents. However, around 43,000 students list addresses near their parents’ residence, but likely still stay at home. When officials at Statens Lanekassen ran checks on all its borrowers, it found that 4.5 per cent were collecting aid using false addresses.

Astrid Mjaerum of Statens Lanekassen said, “The dishonest students are stealing from society, and undermine the entire system.” Any student caught cheating the system will have to repay any grants and will be refused any future student aid.