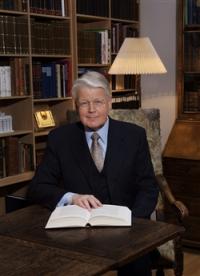 Icelandic President Olafur Ragnar Grimsson recently participated in a debate in Doha entitled the “Economics of Energy.” According to reports by CNN, the President started things off strong, stating that energy was the most crucial question of today’s age.

CNN anchor Michael Holmes began the debate with a few questions. President Grimsson drew from his experience in Iceland to answer, pointing out the changes he’s observed in the past 40 years in the way Iceland gets its fuel.

According to the President, in the 60’s, Iceland was reliant on coal and oil whereas today, renewable energy is the largest source of Iceland’s electrical power. More than 80 per cent of the country’s total fuel requirements come from renewable energy sources, he said.

Grimsson said that Iceland is “proof that it is possible within the lifetime of one generation to transform the energy systems of our countries because I don’t accept that we are so special that only we can do it.”

Grimsson pointed out that geothermal energy sources were an important part of renewable resource use but not the only element. “If we combine that with wind and wave power and other resources like bioenergy we will have the possibility of meeting the energy demands required to sustain a growing economy for every country in the world, not only in this century but the centuries to come,” he said.