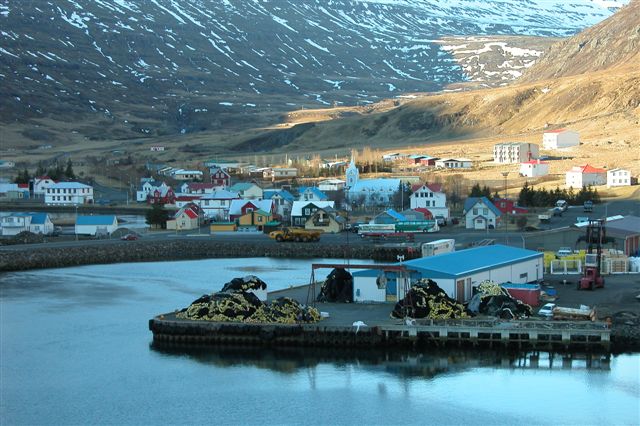 According to Morgunblaðið, oil leaking from the wreck of British the oil tanker, El Grillo, at the bottom of the fjord in Seyðisfjörður in East Iceland has been dubbed as the “largest environmental accident in the history of Iceland caused by humans”.

Hlynur Vestmar Oddsson, a kayak tour guide from Seyðisfjörður, comments, “This is ominous – the largest environmental accident in the history of Iceland caused by humans… The ship is so corroded that it’s started leaking in more than one place.” Oddsson has been actively monitoring the leak over the past few years.

The El Grillo was attacked by German warplanes during World War II, which caused the vessel to sink, luckily with no casualties. However, the damage caused an extremely large-scale oil spill as the ship had the capacity to carry 9,000 tons of oil. Roughly eight years later, half of the oil within the vessel was pumped. In 2001, this process was repeated – yet, some of the oil remains.

An inspection of the vessel revealed that the source of the leakage was due to a corroding maintenance hole which lead to one of the ship’s oil tanks. In 2020, the Icelandic Coast Guard closed the maintenance hole with concrete to further stop the oil leak.

A recent inspection of the wreckage was conducted by the Icelandic Coast Guard to determine the extent of the leakage and the possible options to contain the leakage.

Head of Special Ops at the Icelandic Coast Guard, Sigurður Ásgrímsson, speculates that the landside that struck Seyðisfjörður at the end of 2020 may have played a factor in the problem by causing a tidal wave.