Both state prosecutor and defendant in the Guðmundur and Geirfinnur case request an acquittal for those convicted for murder almost four decades ago. The case concerns the disappearance of two men in 1974, Guðmundur Einarsson and Geirfinnur Einarsson, and is widely considered to be Iceland’s most infamous criminal case in recent history. It was reopened in the supreme court recently and a verdict is expected in the coming weeks. No one knows the whereabouts of the two who were originally thought to have been murdered, as covered in the documentary Out of Thin Air, which is available on Netflix. 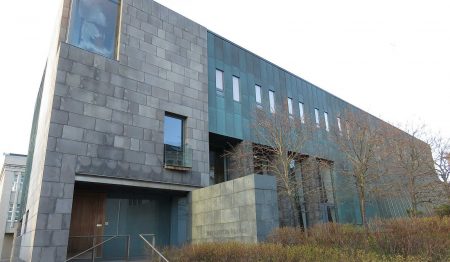 The case was reopened in the supreme court recently.

An acquittal is requested for Sævar Marinó Ciesielski, Guðjón Skarphéðinsson, Kristján Viðar Júlíusson, Tryggvi Rúnar Leifsson and Albert Klahn Skaptason. They were convicted for the murder of Guðmundur and Geirfinnur in a 1980 ruling, which one of the defendants recently described as a judicial scandal, as reported by RÚV. No substantial physical evidence proves that the two were murdered, as pointed out by another defendant, but the 1980 conviction was based on the confessions of those convicted. It is now thought that the confessions were false, as the suspects were harshly interrogated while in custody, in many cases sedated, sleep deprived, isolated, and having gone through what Kristján Viðar, one of the suspects in the case, described as torture.