PLUR Iceland, three DJs who have come together to promote a friendly, loving dance scene here in Reykjavik, are throwing a massive EDM party in Iðnó next Saturday. The line-up keeps getting bigger, with all the artists equally enthusiastic about creating a positive respectful “good-vibes” EDM scene. Founded in 2014 by DJs Seth Sharp and PVCKDROP, they have been raving up the Reykjavik nightlife ever since. We asked them a few questions about their party, their music, and what the PLUR-lifestyle entails. 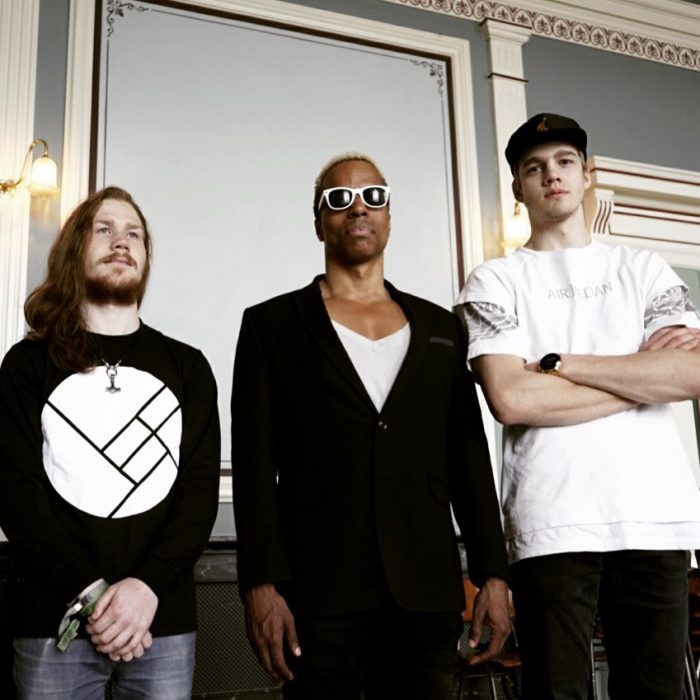 Here are explanations we found from Wikipedia and Urban Dictionary which explain it the best: The lifestyle concept of Peace, Love, Unity, and Respect. Originated in a speech by NYC DJ Frankie Bones early in the history of raves, it’s an undefined dogma of comradery for all humanity has been adopted by many ravers as an attempted lifestyle.

Peace Love Unity Respect, commonly shortened to PLUR, is a set of principles that are associated with rave culture. Originating from early online discussions about rave culture conducted on Usenet, it has been commonly used since the early 1990s when it became commonplace in club flyers and especially on club paraphernalia advertising underground outdoor trance parties. It has since expanded to the larger rave dance music culture as well.

Also recently, it has begun to mean please let us rave.

What does Peace, Love, Unity, and Respect have to with electronic dance music?

Seth speaking: When we started PLUR Iceland I was running a club in downtown RVK and I was telling Júníus who used to DJ with me about my experience sneaking into clubs in NYC. Especially the ones that played house music. There was a club called “The Shelter” and I remember when I walked in there for the first time I noticed how friendly, respectful and loving everyone was. At the time they didn’t sell alcohol and from what I could understand most of the people were sober and were just there for the music. It was such a joyful experience because everyone just came to dance and to be around other people who enjoyed dance music. So I wanted to create that atmosphere, both in the club and whenever I was DJ-ing. And so Júníus came up with the idea of making a group called PLUR Iceland where we could spread this concept more in Iceland.

How do you promote these values at the festival?

By calling it PLUR Fest we are emphasizing those values so that people know that this is a festival oriented around those values. We have gathered a following of people who use to go to the club, or have been at a DJ night with DJ Seth, or with PLUR Iceland who have come to expect that it is going to be a friendly peaceful atmosphere where they can dance all night and enjoy the music and enjoy the crowd.

To give you an example, DJ Dóra Júlía said in an interview with DV when asked what her favorite club was and why (translated from Icelandic) Pablo discobar, especially when DJ Seth Sharp is playing, because there are very few DJ sets that are more fun to dance to than his.

How is Iðnó, the respectable old building by the pond, suitable for a rave? That’s probably a first?

Well, we are looking at this both as a rave and as an EDM festival. The rave part suits Iðnó because raves are generally held in places that are not traditionally clubs. When we were checking out places someone suggested Iðnó. The first thing we thought when we walked in was “this place will be perfect!” The layout of the theatre, and the fact that it’s by the pond, gives it a different feeling than just being in a club. In a sense, the feeling and the environment, and being able to enjoy EDM, is a huge part of rave culture. So we wanted to give that experience to the crowd. The festival part of it is more traditional and makes more sense to be in Iðnó, because we will have dancers and singers and people doing EDM yo-yo-ing. People are used to seeing many of those things in cultural institutions. By having it at Iðnó we are combining the rave feeling with the festival feeling. Is it a first? We aren’t sure but we just know that the people at Iðnó are really enthusiastic about it and so are we!

The lineup keeps growing, as of today, we have PLUR Iceland, which consists of 3 DJs, Seth Sharp, Stitch-Face, and PVCKDROP(Júníus). Seth Sharp and PVCKDROP have been DJ-ing together since 2014. Seth Sharp is originally from the US and has DJed in NYC, France, and all around Iceland. He has a ton of club music out on Spotify and iTunes, and has done some pretty successful remixes. A couple of his remixes have landed in the top 5 on some DJ pools. (These are international sites for DJs around the world to get new music). Stitch-Face is an 18 year old up and coming producer who has released tracks and has amassed a good following world-wide so far. Other DJs are Sam Shards, he has DJed in Reykjavik Iceland, Toronto Canada, and New York City, USA. He worked as a Lighting Designer in Toronto for artists such as deadmau5, DVBBS & Borgeous, Armand Van Helden, and many others. JHAU5 is a 22 year old Lithuanian/Icelandic DJ and producer. He is signed to London’s Brashbeats Label and released his first “heavy hitter EP” this year. He also has a sizeable online following. BSTempo was one of the DJs at Glaumbar when Seth was the entertainment manager, and has since become the entertainment manager at the H30 Club in Keflavík. Lefty Hooks is the quintessential MC and hype man. Hailing from NYC, he has been a pioneer in the hip-hop scene in Reykjavik. He just returned to Iceland form a tour in Scandinavia. Thorsson a saxophone player, will be doing some improv saxophone over the EDM beats. Teitur Riddari, a singer, will be performing “Maria I like it loud” by Scooter as well as an AVICII Tribute.

What do the artists have in common?

I think everyone is interested in helping to create a positive respectful “good-vibes” EDM scene here in RVK. When we advertised the festival we stated our mission and left the submissions open to people who are open to that concept.

What are the goals of PLUR Iceland?

To foster a positive good vibes environment around EDM in Iceland, to bring DJs and producers together, to share ideas and support each other and promote each other. We focus on both established artists in the EDM world as well as up and coming ones. Whether people are known or unknown, is not as important to us as how hard working they are and supportive of other EDM artists and have a good attitude and positive vibes.

What message do you have for those interested in PLUR?

Just do it, come to the festival, experience PLUR first hand, be happy, be around awesome positive people, bring your dancing shoes and your glow sticks, and have the best party night of your life! Everyone is welcome, all ages old and young (18+). If you have any questions feel free to email us at pluriceland@gmail.com.

Last but not least, a word of thanks to our sponsors, Skýjaborgir Vape Shop and Miller Bjór!