Police were notified about seven o’clock tonight of a polar bear spotted in Melrakkaslétta in the northeast of the country earlier today. The people who spotted it were reportedly out fishing when they saw the bear. In a statement posted on Facebook, police say the sighting is yet to be confirmed but inhabitants in the area have been notified of a polar bear spotting. 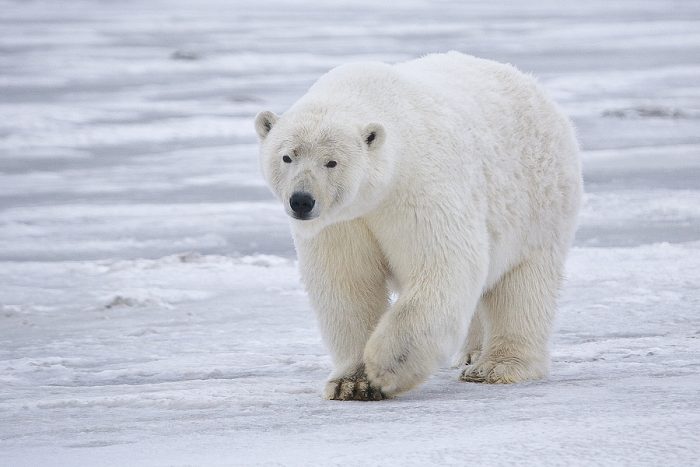 If today’s reports are confirmed, this is the sixth polar bear spotted this century.

People are asked to call the emergency services, 112, if they see a polar bear but are advised to stay clear and not approach the animal. Nearby inhabitants confirm that a considerable stream of traffic is seen around the area, presumably to see the animal, as reported by mbl.is. Reports of the bear are under investigation, with the National Coastguard helicopter expected to scout the area.

Polar bears are not native to Iceland but drift to the island occasionally aback an iceberg or on ice floes. The last bear to reach Iceland’s shores was shot by police shortly after being spotted in 2016, the fifth to reach the country this century. Two bears arrived within a short period in 2008. Official procedure dictates that these bears were to be shot, as it has been concluded by a working group set up by the Environmental Ministry that a polar bear away from its natural habitat always poses a threat.