Water has overfilled the caldera of volcano Grímsvötn in Vatnajökull glacier. A bigger outburst flood than the last few years is not expected at this time says the Institute of Earth Sciences. mbl.is and ruv.is report this.

The water level of Gígjukvísl has risen by 20cm, and a flood is expected soon. This does not come as a surprise since the Icelandic Met Office has been awaiting a flood in the last few days. It will be reasonably small, and no road damage is expected. The electrical conductivity has hardly increased, but that does not mean that there is no hydrogen sulphide in the water and travellers are asked to stay away. 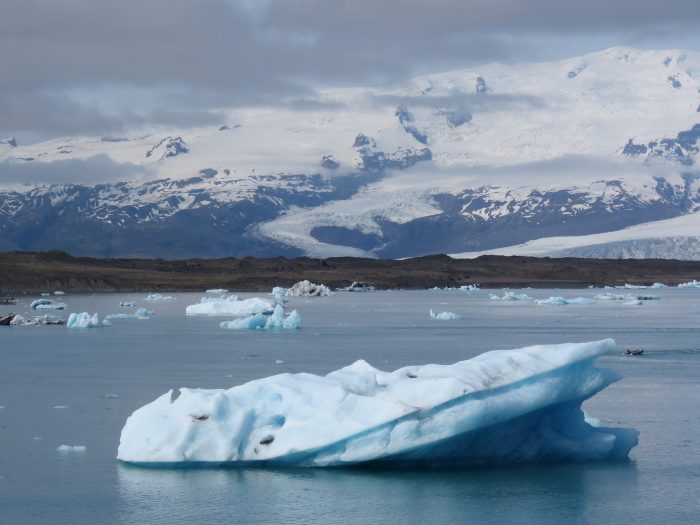 The flood will reach its height during the weekend, and it is expected to be about 0.2-0.5 km3.

The ice cap of Grímsvötn has dropped by 9 metres, but it is expected to drop by about 30 metres before the flood is over.