MS Iceland Dairies has signed a production and branding agreement for Ísey skyr with Nippon Luna, which is owned by one of Japan’s largest fresh and frozen food companies, Nippon Ham.

This is the biggest production agreement has made to date, but Japan is the second largest yoghurt market in the world, after the United States.

Fans of the Icelandic skyr will have to wait a few months though because production facilities will have to be constructed in Japan, but the plan is for Ísey Skyr to hit the Japanese market in early 2019. The aim is to have Ísey skyr available in as many stores as possible in the next few years, but there are about 70.000 grocery stores. 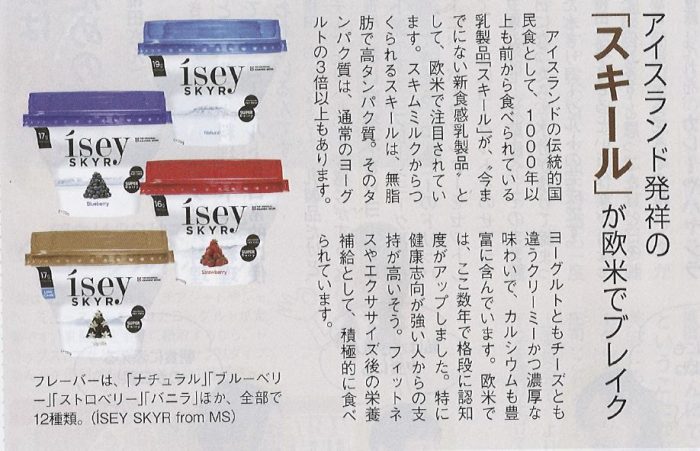 A magazine owned by 7-11, Japan’s biggest grocery chain which has 20.000 stores, recently ran an article on Ísey skyr, describing it as the product most needed on the Japanese market.

There has been great interesting in skyr in Japan for a few years, and the Japanese embassy in Iceland has gotten many queries about where to get in Japan. The hope is for the dairy product to be part of the diet of Japanese athletes during the 2020 Olympics which will be held in Tokyo.

Newer PostIceland the Most “Instagrammable” Country on Earth.
Older PostNBC Writes About Gun Ownership in Iceland