Last week, a man name Sindri Þór Stefánsson, escaped a minimum security prison where he was being held while waiting for a verdict if he would be kept in custody. From there he caught a plane to Sweden, which Prime Minister Katrín Jakobsdóttir was also on. Last night he was arrested in Amsterdam after a friend of his posted a picture of them on his Instagram account.

The course of events is like from a penny dreadful story. It all began with an extensive theft of a few hundred computers that were used to mine for bitcoins from a few data centres in Reykjanes Peninsula. Sindri was arrested shortly after that as a suspect in the case, but he has a long criminal record of theft and drug offences through the years. 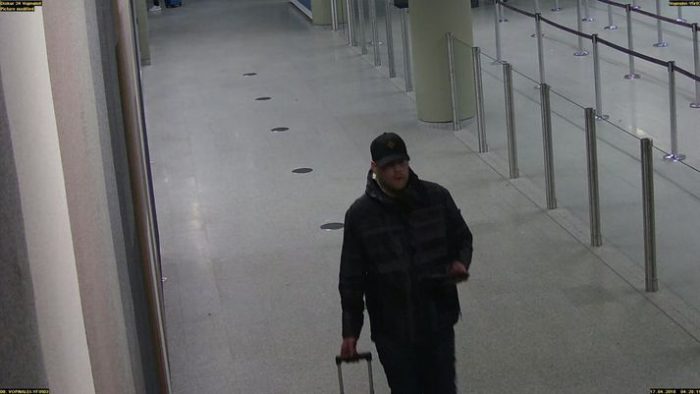 Photo from the police in South Iceland.

He was put in preventive custody while the Icelandic police investigated the case. Then the time came that the custody period expired on 16th of April and Sindri was taken before a judge where the police asked for an extension. The judge decided to take 24 hours to make a verdict. By that time Sindri’s earlier custody had expired, and the police thought themselves in the right to keep him for those 24 hours in their custody.

The police knowng the jail cell at the police station in downtown Reykjavík was uncomfortable, moved Sindri to the open prison at Sogni near the town Selfoss in South Iceland.

Here is where things get a bit tricky. The judge did not give his verdict after those 24 hours had passed. Sindri was still being kept at the minimum security prison, and it turns out the police had no legal authority to keep him anymore. So, the night before last Tuesday, Sindri decided to leave and climbed out an open window. From there he went to Keflavík and jumped on a flight to Sweden on fake IDs at half past 7 in the morning. The Prime Minister of Iceland, Katrín Jakobsdóttir, was also on that flight in economy class on a business that had no connection to Sindri.

The correctional officers did not notice Sindri was gone until 8 in the morning, by then he had already left Iceland.

A couple of days later, Sindri sent the Icelandic media a statement saying he was sorry for making his family go through this, that he wanted to make a point, protest the illegal incarceration and that he would return soon. He also admitted that leaving the country had been a mistake. However, if the police would not cooperate, he could disappear into oblivion because he had many connections in Europe and friends willing to help him. By that point, the Icelandic police had gotten the help of Interpol, and an international arrest warrant was issued.

Fast forward to yesterday, Sunday 22nd of April. A known drug offender with a long criminal record, Hafþór Logi Hlynsson, posted a photo of himself, Sindri and another friend in Amsterdam, smiling broadly with the hashtag #teamsindri. Hafþór and Sindri have been friends for over 20 years, and he believes Sindri was not on the run but a free man having a good time. 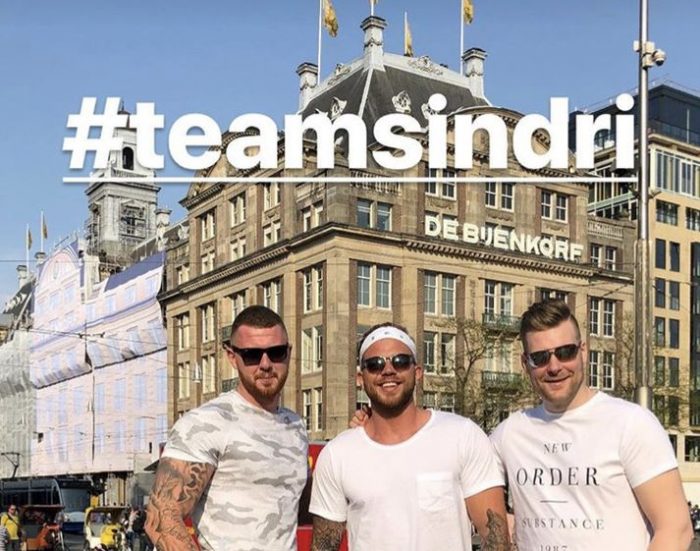 Hafþór Logi to the right and Sindri to the left, with their friend in the middle, in Amsterdam. From Hafþór Logi’s Instagram haffilogi.

Shortly after that, news broke that Sindri had been arrested by the Amsterdam police. Neither them nor the Icelandic police will confirm if the photo is what led them to Sindri or not.

Tomorrow, Sindri will see a judge in Amsterdam, where it will be decided when he will be extradited to Iceland. If Sindri agrees, it will take no more than ten days to send him home. If he says no, it will take a few months to get him to Iceland. When he arrives in Iceland, he will most likely be arrested again and charged with at least leaving the country on fake IDs.