One of Iceland’s most famous comedians, Hugleikur Dagsson, has to stop selling the famous football t-shirts he made after the Icelandic men’s national football team competed in the UEFA Euro 2016 due to the characteristic “húh!” of the Viking chant being copyrighted. This is reported by ruv.is 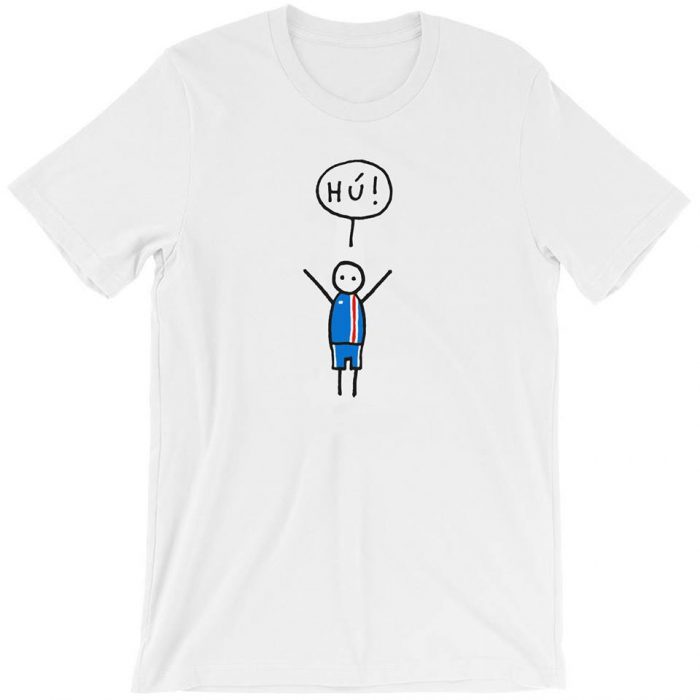 Gunnar Þór Andrésson applied for the copyright for the famous “húh!” in 2016, and no one can print it on clothing or beverages without his permission. Hugleikur’s t-shirt has a man, dressed in the Icelandic football shirt chanting “hú!” and the Icelandic Patent Office has found that the two chants are too similar so Hugleikur cannot sell his t-shirts anymore.

Gunnar, however, says he does not want money or to forbid anything, just talk to Hugleikur about percentages of the sales.

Hugleikur said on his Facebook page that he had no idea that it was possible to patent a sound nor how húh! and hú! can be the same word.

The matter has not been settled yet, and it is possible to dispute the copyright with the Icelandic Patent Office if the item or phrase in question is thought to be too broad.