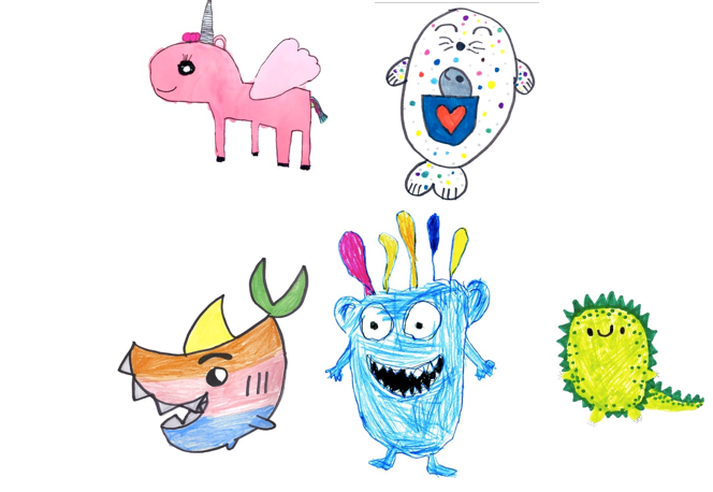 The winning drawings, Rúnar’s monster is the blue one. // IKEA

A few months ago, IKEA asked kids all over the world to send in drawings of monsters and other creatures. The winning pictures would be turned into stuffed toys. One of five drawings that won the competition was by an Icelandic boy Rúnar Logi Guðjónsson. This is reported on visir.is

This is the fourth time a competition of this type is held by IKEA, but about 87 thousand drawings were sent to the company.

Other winners are from Sweden, South-Korea, China and Polland and the stuffed toys will be released next fall under the name SAGOSKATT.

The limited edition SAGOSKATT is wholly designed by children, but they are not only cute and cuddly. They are a part of the Let’s Play for Change campaign which starts every fall when the SAGOSKATT toys are released and encourages everyone to play. 100% of the proceeds from the collection will be donated to a charity connected to children.