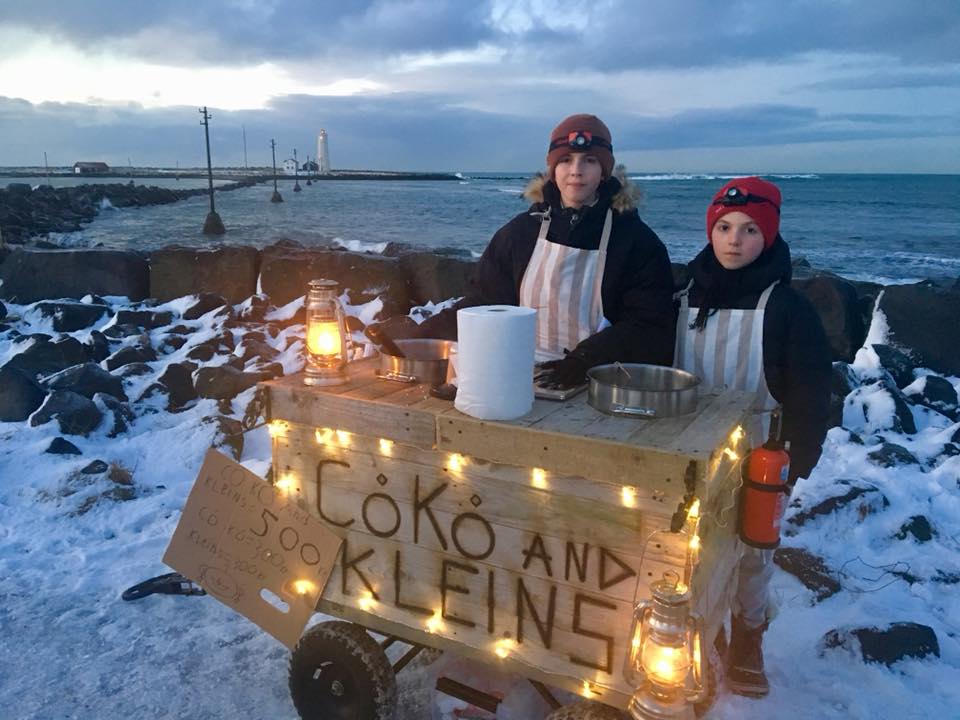 Two brothers, age 14 and 11, have started their own hot cocoa and cruller-selling business in Grótta, Seltjarnarnes. The small stand they’ve set up is called “Cókó and kleins”, kleina being the Icelandic word for crullers. This is reported by visir.is

They chose the name to draw the attention of tourists in the area, but Grótta is a popular sightseeing spot and outdoor area for both Icelanders and tourists alike.

They make the cruller dough and hot cocoa from scratch at home and then bring it to the designated area. It takes them about 12 minutes to get from their home with the stand, hot cocoa and crullers.

They do not fry the crullers until they arrive at their destination so that people can get as fresh crullers as possible.

Daníel Ólafur says they got the idea one day when they were walking in Grótta, and his brother Róbert Frímann was cold. “He said he would like some cocoa and from there we got the idea.”

Last Saturday they sold out within an hour, but they will be in Grótta every Saturday this winter. Facebook-user Ragnheiður Valgarðsdóttir posted a photo of the boys on her Facebook wall, which has garnered well-deserved attention. Commenters really like these innovative boys and their stand is considered very well made, but it is homemade as well.

They decided on the name Cókó and kleins so tourists would understand it too. “There is no word in English which means the same as kleina, so we decided on kleins. One translation I’ve heard is a twisted doughnut, but no one can be bothered with saying that,” said Daníel Ólafur.

The proceedings from their sales will be donated to the Icelandic Coast Guard to be used for their helicopters. The reason they chose the ICG is that their father had an accident once and the coast guard rescued him