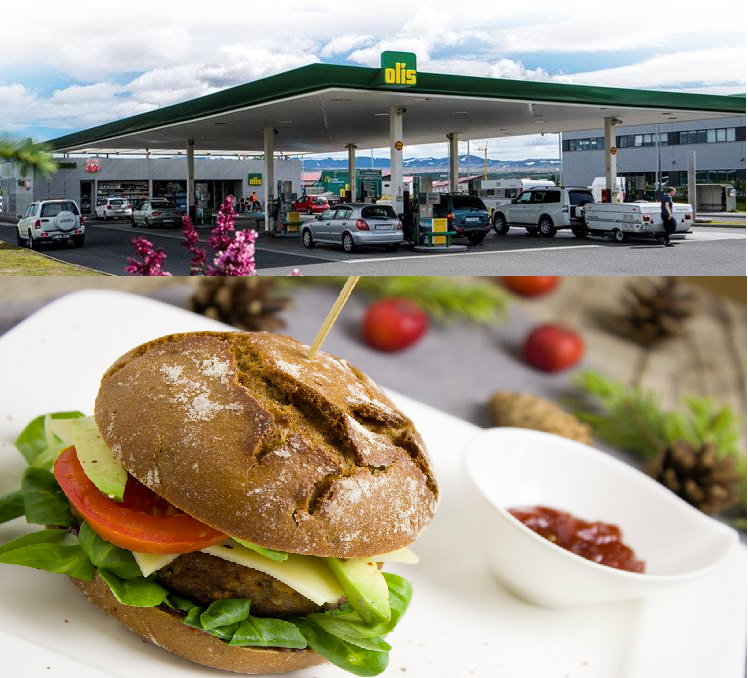 An Icelandic woman, Bryndís Steinunn, has been left nursing her wounds after mistaking a veggie burger for a vegan at a local petrol station. This is reported by visir.is

Bryndís, who’s a Bible teacher and a make-up artist, is taking part in Veganuar like many others. She says she was very disappointed when she realised the burger was not vegan. The burger called “Vega-borgari” means Road burger and is a reference to Veganesti which means snacks for the road.

She realised her mistake when she talked about the burger in the Iceland vegan Facebook group. After having said how happy she was with the burger, it was pointed out to her that it indeed was not a vegan burger.

“I had promised my son a burger for dinner, and I did not really want to eat a salad when I came home, so I was happy to see the vegan burger on the menu”, Bryndís wrote in the group. “It was amazing”,

It was then pointed out to her that the name of the burger was Vega-borgari, not Vegan-borgari.

When speaking to Vísir, she said the name very misleading. “I was thrilled when I saw they had a vegan burger”. She finds her mistake humorous but wants to warn others not to make the same mistake.

It is not the first time this has happened. Some months ago, a tourist became newsworthy after he posted a photo on his Instagram page proclaiming how happy he was Icelanders were so vegan-friendly. He said he had found an oats cookie that was vegan and had been eating it every chance he got on his way around the country.

What he had found was an oats cookie called “veganesti” which means a road snack and includes, for example, butter and eggs. When realising his mistake he deleted his photo.

Newer PostTrapped on BBC List Over TV Series to Watch in 2018
Older Post3,5 Tons of Icelandic Salt Sent to Denmark for Spa Products