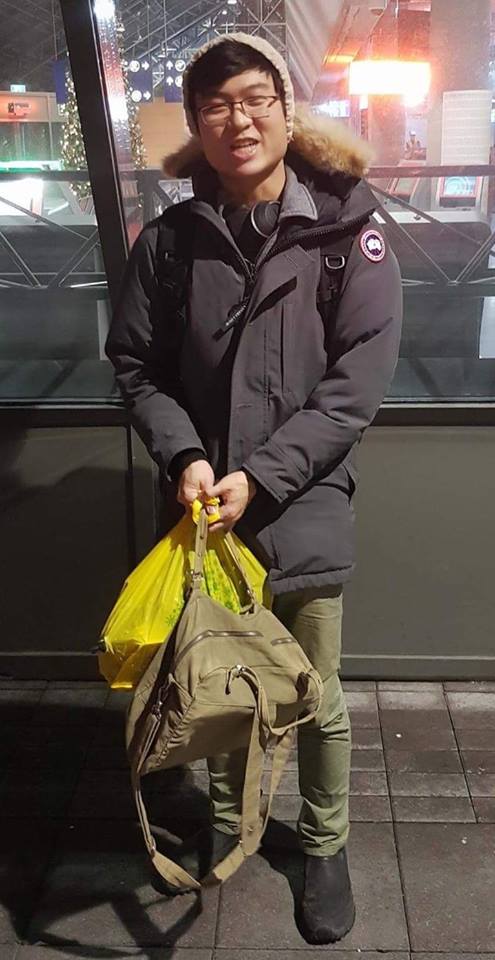 Brandon in Keflavík International airport. Photo from the Police in Reykjanes Peninsula.

Brandon flew to back to Iceland to retrieve his stolen camera equipment after it was stolen last week while he was travelling here with his wife. This is reported by visir.is

The camera equipment was in their unlocked rental car outside their hotel. It is estimated to cost almost one million ISK or just under $10000. The police in the Reykjanes Peninsula luckily found the thief and stolen goods.

Instead of having the equipment sent to him, Brandon thought it both cheaper and safer for him to fly to Iceland and get it himself. He arrived yesterday and left the same day again.

The police want to use the opportunity to remind people to lock their doors, both to their homes and cars, especially in December when everyone is buying Christmas presents. “We don’t want our Christmas presents stolen,” they said.

Newer PostIcelandair encourages people to not come to Iceland amidst air mechanics strike.
Older PostReindeer on the road in East Iceland – warning issued