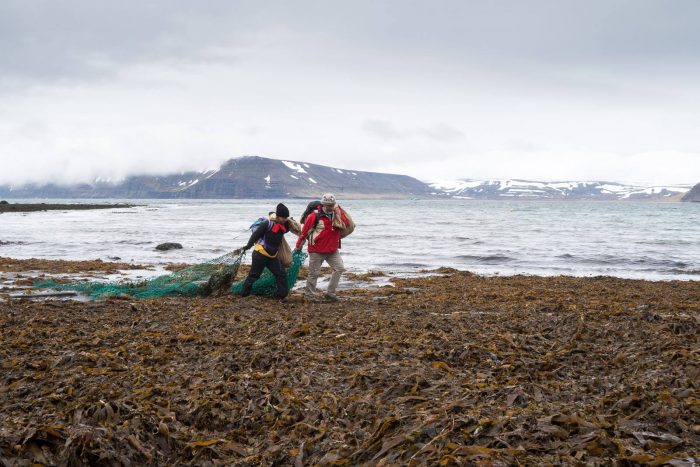 Volunteers from the organisation Cleaner Hornstrandir (Hreinni Hornstrandir) in the West Fjords did their annual cleaning the other day and collected over three tonnes of plastic from the area as is reported by Grapevine.
Hornstrandir is a part of the West Fjords Nature Preserve, and the only way to get there is by boat.

Cleaner Hornstrandir has gone annually to the area since 2014 and clean up plastic that is both left behind and washes up on shore.

The original plan was to go to Bolungarvík at Strandir, but due to harsh winds, the volunteers went to Aðalvík, Látrar, Miðvík and Sæból instead. It is not many years since it used to be driftwood that washed up on the shores of Hornstrandir but now it is mostly man-made trash.

The organisation says on their Facebook page that it wants to raise the issue of plastics and other rubbish in the ocean. Their hope is for others to do their part, wherever they are in the world or do their bit some other way.