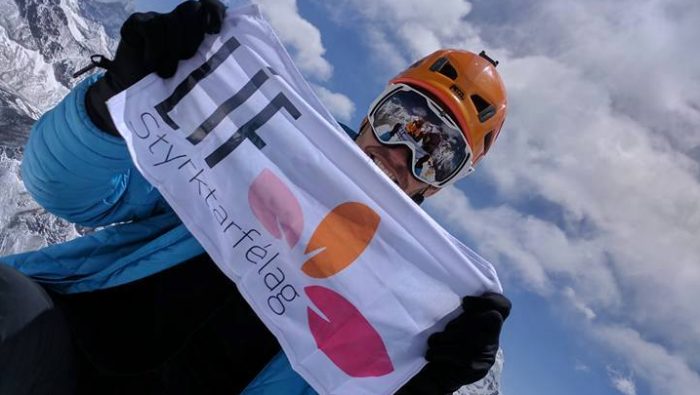 18 hours ago, John Snorri Sigurjónsson and his team reached camp 3 on their way to the summit of K2. John plans on being the first Icelander to summit K2, one of the world’s most difficult mountain to climb.

According to Johns Facebook page, Lífsspor á K2, camp 3 is located in what’s known as the “black pyramid”. There, they set up camp and stored supplies before heading back to camp 2, also known as “house of chimney”.

John’s goal is to reach the summit of K2 around July 20th. With this climb, he wants to draw attention to a charity close to his heart: Styrktarfélagið Líf, which objective is to improve services to women and families at the university hospital, Landspítalinn.

Photo is from the Lífssport á K2 Facebook page

Newer PostIcelanders named in Panama papers buy ISK at a 20% discount
Older PostNordic Magic according to an Icelandic Artist on display in Tønder, Denmark