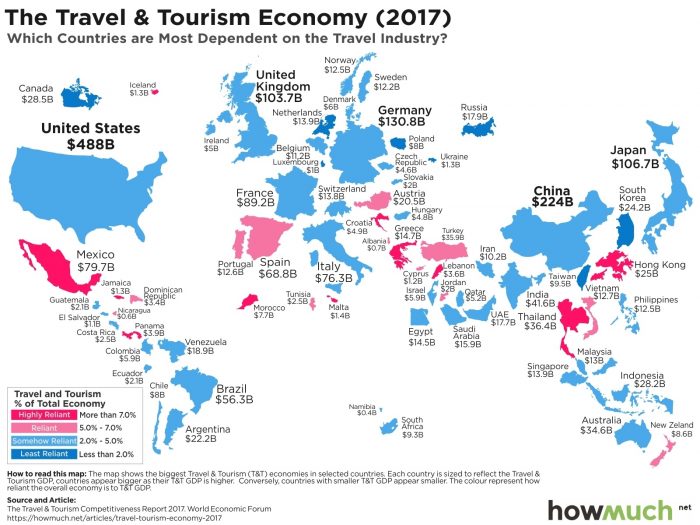 When calculating how countries depend on tourism and the travel industry, Iceland takes the 5th place globally according to Visir’s report quoting Howmuch. Only Malta, Croatia, Thailand and Jamaica have a greater dependency on tourists and the subsequent industry.

Iceland’s economy has become highly reliant on tourism and that is new situation for the republic, before the economical crash in 2008 it wasn’t like that. Traditionally the number one source of income came from Iceland’s fishing industry. The countries least dependent on tourism for input to their economy are Ukraine, Russia, Poland, Canada and South Korea. 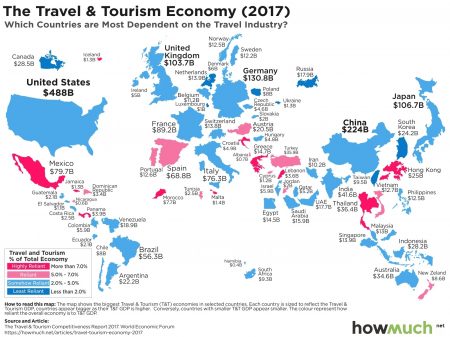 Most countries that are reliant on tourism industry are poor or have a relatively small population and economy. Hong Kong and Iceland have a large percentage of their gross domestic production (GDP) from tourism, but both countries are very small in population. Hong Kong is a small city-state reliant on Chinese tourists from the mainland and Iceland is one of the smallest countries by population in the world. According to HowMuch it’s very reliant on tourism because it receives more visitors in one year than the whole population of the country. Other countries that are heavily reliant on foreign visitors receive at least a moderate number of foreign visitors each pear year but they also have small GPDs. The World Economic Forum collected the data from the Travel and Tourism Competitiveness Report 2017.

Newer PostKlang – Icelandic game developers in Berlin working on their next release: Seed.
Older PostEurovision Semi-Finals – Svala didn’t make it to the finals on Saturday