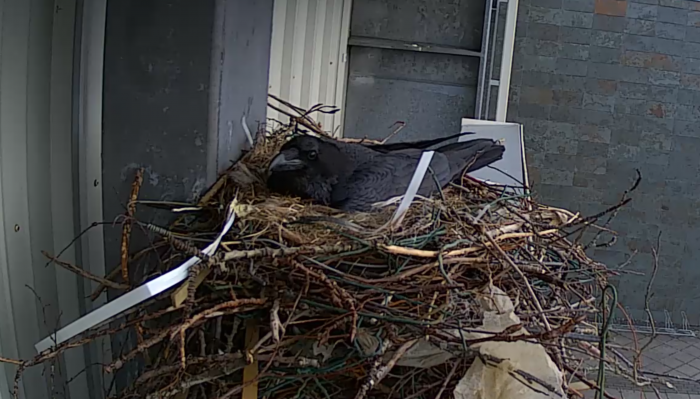 An unusual opportunity has presented itself to bird lovers in the town of Selfoss south of Reykjavik. namely to observe a raven couple hatching their eggs on a live online broadcast. The couple choose the edge of the roof of a hardware store in town called Byko to nest. The raven always returns to a successful nesting site and this is the fourth year in a row this now famous couple returns to the nest structure on this spot. It was the store manager and assistant manager who came up with the idea to broadcast the hatching life this spring. “They always call out to the staff when we come to work and when we leave, they keep an eye on the staff. One of them said hello to me this morning when I opened the shop. It’s a friendly and nice addition to have them present here” Torfi Sverrirson told RUV´s reporter today. 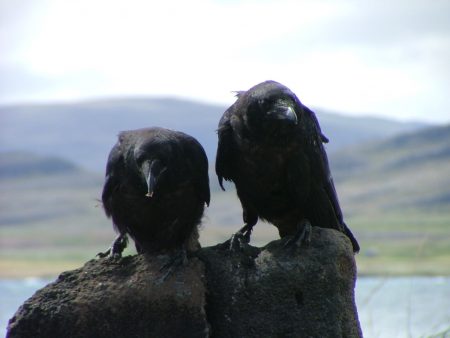 The common raven is also known as the northern raven, is a large all-black passerine bird. Found across the Northern Hemisphere, its a common and well loved bird in Iceland. The raven plays a prominent role in folk believes and the most famous ravens are Hugin and Munin who according to Nordic mythology are Odins emissaries, flying over the land observing and bringing news back to Odin in Valhalla.

Ravens begin to court at young age. They use aerial acrobatics, demonstrations of intelligence, and ability to provide food to impress each oter and once paired, they tend to nest together for life, usually returning annually to the same location.

(Featured image is a still from the live broadcast)