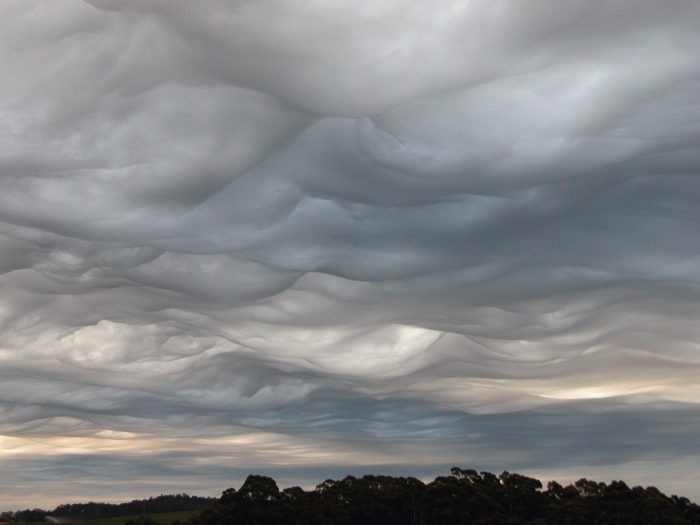 Asperitas was first proposed as a type of cloud in 2009 by Gavin Pretor-Pinney of the Cloud Appreciation Society and its now officially recognized and has been added to the new International Cloud Atlas. According to the Cloud Atlas the Asperitas has “well-defined, wave-like structures in the underside of the cloud; more chaotic and with less horizontal organization than the variety undulates. Asperitas is characterized by localized waves in the cloud base, either smooth or dappled with smaller features, sometimes descending into sharp points, as if viewing a roughened sea surface from below. Varying levels of illumination and thickness of the cloud can lead to dramatic visual effects.