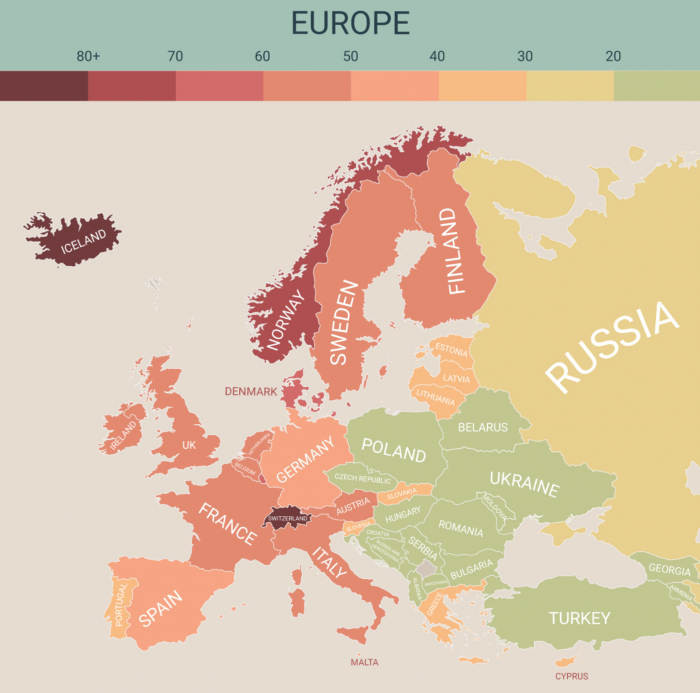 Iceland has the fourth highest cost of living in the world, Norway takes sixth place and “Bermuda takes the number one spot as the world’s most expensive country, closely followed by Switzerland. Hong Kong and Iceland are no picnic either” and Egypt has the lowest cost of living in the world according to an article published in Business Insider UK, which is illustrated by a number of visual graphics provided by Movehub, “a company that helps people relocate abroad” Fore the summary, Movehub factored in the prices of groceries, transportation, restaurants, utilities, and rent in 121 countries to determine the cost of living in each one.

Movehub also publishes an accessible chart that compares some key statistics for over 200 cities, among them the price of a cappuccino, the cinema, wine, gasoline and the average rent.