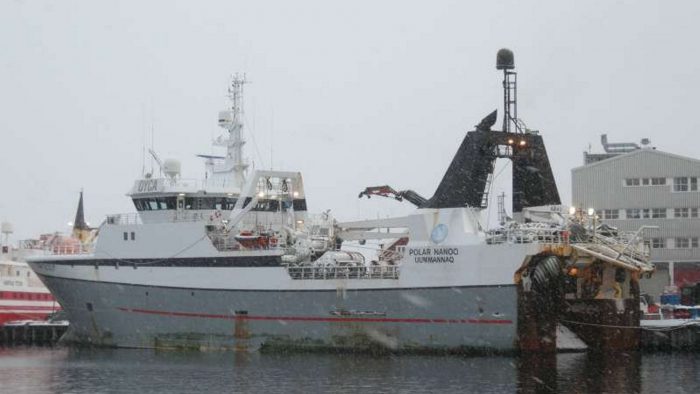 A trawler from Greenland has been boarded of the shores of Greenland and turned around in connection with the investigation of the missing young woman Birna Brjansdottir. The boat, Polar Nano, meaning Polar bear, is now on his way back to Iceland, expected to dock again in Iceland late tonight depending on weather conditions. Julian Noslø, captain of Polar Nano confirmed to Stundin´s reporter last night. The crew of an estimated 23 member consists of Faro islanders and Greenlanders and the boat has docked in Iceland on a yearly bases for a long time. 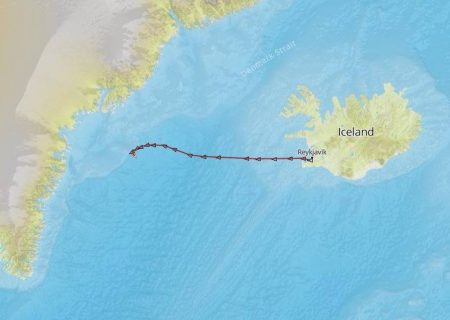 According to RUV´s report no one has been arrested on board, but Kvennabladid reports that two members of the crew are under suspicion. The report states that Birna was engaged in a Tinder chat with one of the crew members on the night of her disappearance. RUV reports that Special Forces and police boarded the trawler last night.

It is now confirmed that Birna’s pair of Doctor Martin boots were found on location not far from where the trawler was docked and at least one member of the crew has been confirmed to have rented the same car confiscated by the police in relations to the investigation – a red Kia Rio. The trawler was docked in the harbor of Hafnarfjord, and left the harbor early Saturday night.

Birna Brjansdóttir was last seen on Laugavegur at around 5 am Saturday morning. Her phone signal was traced to Hafnarfjorður, where her phone was turned off.

In Iceland the case is followed intensely and an outpour of condolences and comments on social media directd to Birna´s family and the police.

Update: Reports that Birna Brjansdottir knew the two men or that she had been in contact with them via Tinder or other social media have been debunked. It´s believed that she didn’t know the two men when she got into the car with them.

Newer PostIceland mourns as body of missing woman is found
Older PostMissing girl in Reykjavik. An outreach by Reykjavik Police