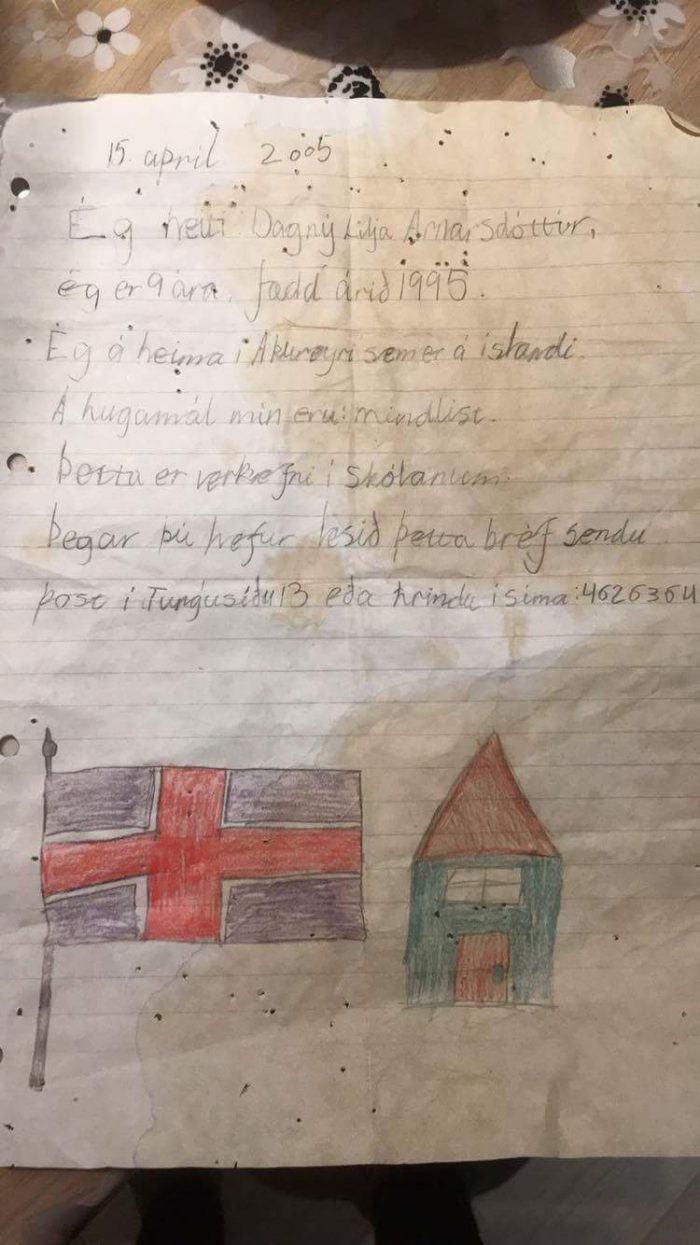 Well over eleven years ago, a nine-year-old girl, Dagny Lilja Arnarsdottir wrote a message with a nicely drawn picture, placed it in a bottle and threw into the sea. The message recently found its way, after all those years, to a woman in Norway who proptly she located the sender on Facebook and let her know her message was found.

My name is Dagny Lilja Arnardottir, I am nine years old, born in 1995. I live in Akureyri, which is in Iceland. I am interested in visual Arts. If you find this message please write me a letter or call me

She then included her postal address and phone number in the message. This was in 2005 and the message was a part of life skill class in school, all of Arnarsdottir’s classmates wrote a similar message all those years ago, hers is the only one found so far.

The woman who retrieved the message found Arnarsdottir on Facebook and sent her a photograph of it along with the story about how she found it. This was a huge surprise for Arnarsdottir, she had forgotten all about the message. “It was funny, it took me a while to realize what it was, but hen I saw my parents’ phone number in the message and remembered.
Arnardottir confirms that she hasn’t lost her interest in the arts; “Yes I go to art school, nothing has changed since I was nine”

Messages in a bottle can go far and wide in a short timespan. Two such were released with GPS tracking devices from a helicopter out side of Reykjanespeninsula for a TV show early this year. The were carried west of Greenland, to the cost of Canada before starting to float eastwards and are now half way over the Atlantic soon to reach Ireland according to RUV’s report.