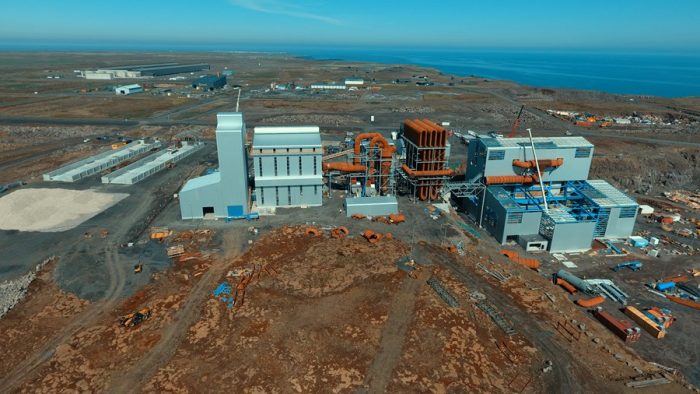 The Environment Agency of Iceland has received numerous points and complaints about both smoke and burning smell from the Silicon metal factory in Helguvik in the past weeks. The factory is located on the southwest corner of Iceland, on the Reykjanes peninsula just outside of the municipality of Reykjanestown. The Agency has been looking into the case and gone on spontaneous inspection tours to obtain more detailed information.

The factory was started up on 11 November by United Silicon, it’s the first of it’s kind in Iceland and among the biggest one in the world. The Environment Agency of Iceland gave permission for the factory and has the role of inspecting it´s operation. The people living in Reykjanestown are understandably very concerned. The whole town is sometimes submerged in smoke, depending on wind direction and the cloths of the townspeople smell as if they’re all standing by bonfire and some have sought the help of doctors because of burning sensation in their lungs.

The people of the town are now raising questions about who and how the air pollution calculations and predictions were made. The name of a Danish company, COWI consulting group has been removed from the records at their own request as the one conducting the environmental assessments, so the townspeople are left with a report stating that air polluting was to be under limits but no one wants to stand by that report which now seems to be anonymous according to a report by Stundin news outlet. The Environment Agency of Iceland is looking into the case.