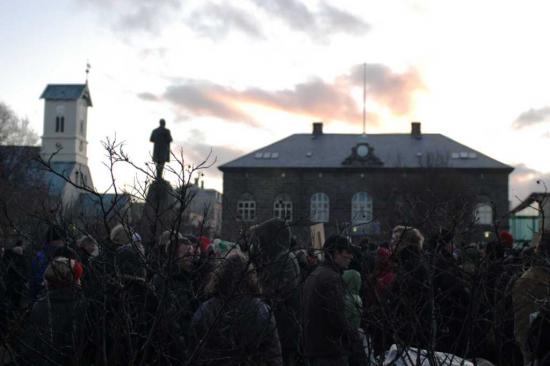 With only nine days to Election Day on 29 October, the conservative Independence Party and Iceland’s Pirate Party are the country’s most popular parties according to the latest poll. The rising star of the surveys is the Left Green Party, led by former minister of education and culture Katrín Jakobsdóttir.

The election would normally be held in spring 2017 but is held early because of loud protests in the wake of the Panma Paper scandal this spring where the Prime Minister Sigmundur David Gunnlaugsson of the Progressive Party was found to have ties to an offshore company called Wintris. He handed in his resignation also as a result of the protests.

Its been apparent for the past few weeks that Iceland’s right-wing coalition government of the Independence Party and the Progressive Party will not subsist the upcoming parliamentary election. According to a new opinion poll published by local news outlet Visir the combined support of the ruling parties is 32.2%, having been voted into power in 2013 with 51.1% of the popular votes.

The survey shows the Pirates to enjoy the support of 20.7% of the nation, which is a huge step up from the 5.1% the party received in 2013 and Iceland’s third largest party, according to the poll, is the Left Green party with a 19.2% support, rising steeply from 10.9% in the 2013 election.

The center party Bright Future would have 7.4% of the vote if we were to vote now, the newly founded conservative pro-EU party Vidreisn has 6.6% support and The Social Democratic Alliance 6.5% share of the support.