UPDATE: The wind is set to pick up even more now at 6pm with south and southwest winds, reaching a peak tonight. People are advised to pick up their children in daycare and after-school activities and stay indoors unless it’s essential to go outside and not to leave furniture and loose objects lying around in their gardens. The storms movements can be observed here 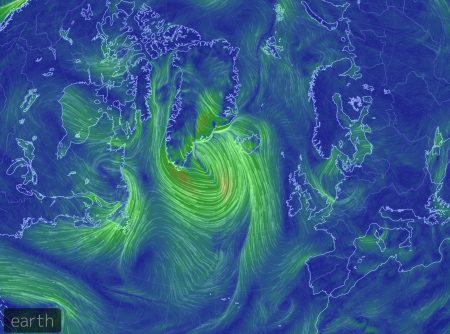 Iceland’s Met Office informs us that the weather we are feeling right now is the rest of Hurricane Nicole hitting the island. Icelanders can expect robust winds and heavy rains with strong gusts with wind speeds lasting until Thursday afternoon, when they finally start to slow down. Hurricane Nicole caused some havoc in the proximity of Bermuda, and then took aim north and east up the Atlantic. It was listed as a Category 3 hurricane but by now it could be characterized as a tropical storm.

This morning they released a 24-hour forecast that reads as follows: “Southeast 15-25 m/s in the south and west, but 20-28 m/s in Snaefellsnes peninsula. Violent wind gusts by mountains. Widespread rain, considerable in the southeast but lighter winds and dry in the north- and east. Increasing winds in the north, and northeast by late evening. South 20-28 m/s overnight but 15-20 m/s in the east. Decreasing winds in the west late tonight but in the east tomorrow morning. Rain or rain showers tomorrow but partly cloudy in the northeast and east. Temperature 6 to 13 deg. C.” And the forecaster’s remarks: “Southeast severe gale or storm in the west part of Iceland today with violent wind gusts near mountains, possibly exceeding 40 m/s. South 20-28 m/s late tonight and increasing winds in the north. Considerable rain in the west at first, but in the southeast in the afternoon”

So those who were thinking about enjoying any outdoor activities today and even tomorrow, might do well to stay indoors instead. Domestic flights are canceled until further notice, new information will be made available at 3.30pm when the met office updates the forecast.