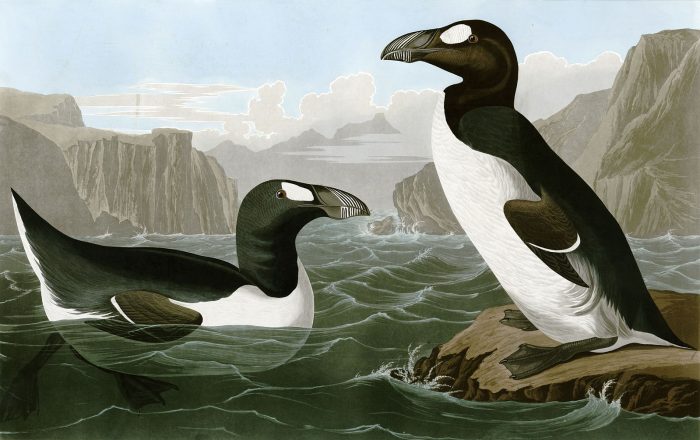 The great auk could be returning to the shores of the Atlantic ocean, after almost 200 years of absence. A band of geneticists have hatched a plan to bring the extinct bird back from the beyond. An international team of scientists has met to discuss reintroducing the flightless marine birds onto the Farne islands off the north-east coast of England. The American research institute, Revive & Restore attempts “genetic rescue” for endangered and extinct species. Scientists there believe they can recreate the species and slowly return it to its old breeding grounds. On 3 July 1844, the last two confirmed specimens were killed on Eldey, off the coast of Iceland, which also eliminated the last known breeding attempt. Until the species’ last known individual bird was eliminated, the great auk ranged across the Atlantic from Northern Europe to Iceland, Canada and the eastern United States.

The bird was roughly the size of a medium penguin, they lived mainly in the open ocean except for when they waddled onshore to breed. Once out of the water the flightless bird was completely vulnerable to humans eager to exploit its meat and feathers. Failed attempts were made to restrict hunting the great auk as early as the16th century, but as their numbers steadily dwindled the animals became even more coveted by collectors, which further accelerated their extinction.