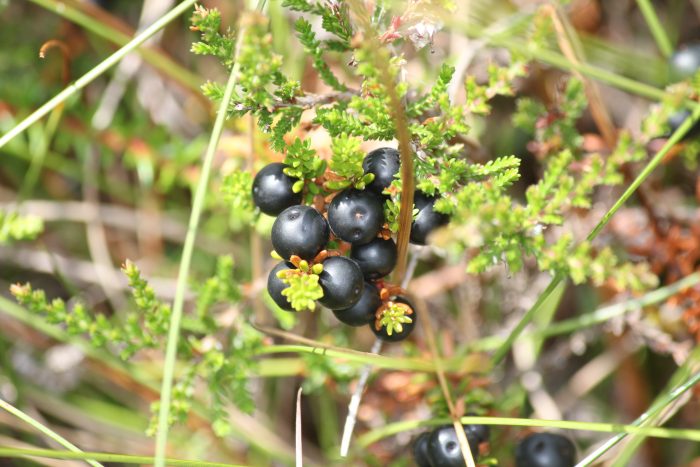 Wild berries are plentiful in Iceland this summer, compared to a poor season last summer. Crowberries and Blueberries are the most common eatable berries that grow on Iceland’s slopes, and now is the time to pick them.

For those who can’t be bothered to look for the berries they are also in stores, freshly and locally picked. Vínberið, a landmark store on Laugavegur 43 received its first shipment of berries from the Westfjörds last week, mostly blueberries. Both the Blueberries and Crowberries were soon sold out and the next shipment is on its way. Katrín Agla Tómasdóttir in Vínberið points out that the shipment is a month earlier than last year, which will go down as one of the worst berry years in recent history. It seem like the berries are growing equally well throughout the island, which is unusual, normally there the “berry-year” might be a good one in the north, but a mediocre one in the south for example or visa versa, this years, its good all around and everyone is happy.

Icelanders favour this time of year and they sure love their berries. They consume them plentifully during this time of the year. They become blueberry jam and crowberry jelly, liquors and berry wine and snaps but the best is to eat them fresh on a bowl of Skyr with cream as a desert.

The featured image above shows the crowberry and the image below shows the blueberry.