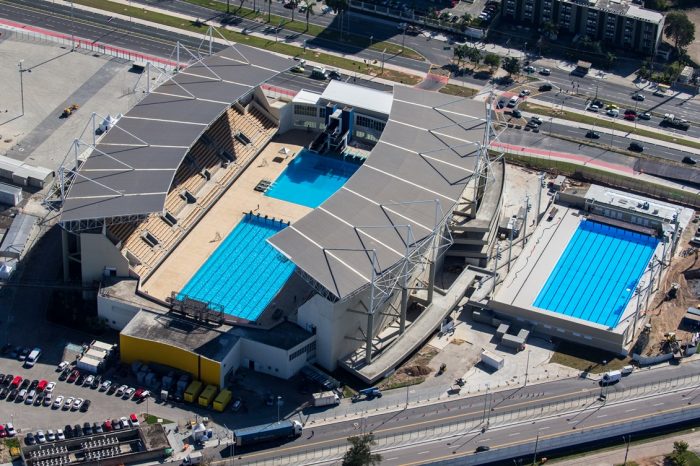 “It feels like a dream, its a great honour and I’m very happy” Hrafnhildur Lúthersdottir, Iceland’s first swimmer to make it to the finals in the 2016 Rio Olympics said when talking to a reporter from Morgunblaðið this morning.

Hrafnhildur will swim 100 meters breaststroke in the finals after having landed in 7th place in the semi finals last night. “Being here is awesome, but making the finals among the eight best swimmers in the world is like a dream. They are all women that I admire greatly, they are skilled and fast and I have competed against them for a long time. Its awesome to be able to be out here with them” Lúthersdottir said. She has both feed firmly on the ground and went on to say that now it’s important for her to concentrate and keep her cool, that she can have her moment of shock and wonder when the competition is over. “I’m looking forward to swimming in the finals, there is no way to go but forward and I’m confident that I can do better, I have more in me and that will show itself during the finals”

Hrafnhildur Lúthersdóttir was born in Iceland on 2nd of August 1991. She was a member of the 4×100-medley relay competing at the 2012 Summer Olympics, but did’nt win a medal that time around. Hrafnhildur studies criminology and swim for the University of Florida in the United States.

Featured photograph shows the The Maria Lenk Aquatic Park in Rio and was produced by the official website of Portal Brazil 2016.

Newer PostCrowberries and blueberries early on the table this year
Older Post“If I can Help, then I’m honoured to do so” – The president addressed the crowd on gay pride festivities