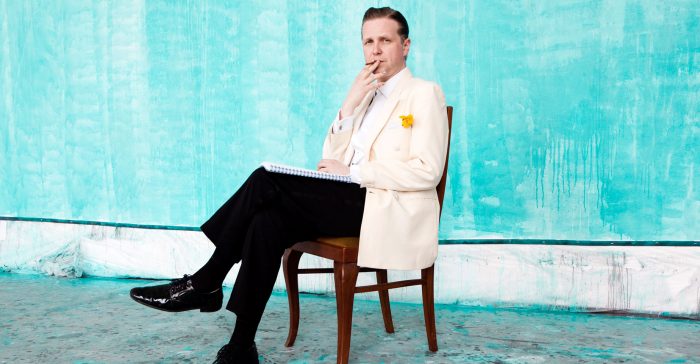 Ragnar Kjartansson has built his career upon bold and spirited experiments across media. Working simultaneously as an artist and a musician, Ragnar considers himself primarily a performance artist influenced by theater. His electronic group, Trabant, plays on the boundaries of rock and roll and performance art; Ragnar also creates videos, paintings and installations that are often linked with his performances. His pieces are characterized by the interplay between contradicting feelings—sorrow and happiness, horror and beauty, drama and humor—and frequently rely on repetition or “the loop.” Ragnar, who studied at the Iceland Academy of the Arts, is the youngest artist to represent Iceland in the Venice Biennale (2009).

Bringing together live performance, music, film, painting, sculpture and drawing, this long overdue solo exhibition is the first in the UK to survey the work of the internationally acclaimed Icelandic artist, Ragnar Kjartansson. Born into a family of acting professionals and having grown up backstage at the Reykjavik City Theatre, Kjartansson’s work combines his experience of stage traditions with experiments in repetition and endurance. Clichés and motifs of Western culture, romantic melancholy and even his own conception, provide the personal and often playful subject matter of the artist’s emotionally charged work.

Having successfully represented Iceland at the 2009 Venice Biennale and participated in 2013 with standout works, Kjartansson is now at the cutting edge of contemporary performance art. The exhibition centres around the immersive and moving multi-channel video installation The Visitors (2012) and Take Me Here by the Dishwasher: Memorial for a Marriage (2011) a live performance full of romance and humour featuring ten troubadours singing for up to eight hours a day, every day for the duration. He is ‘One of the most celebrated performance artists anywhere’ according to the New York Times. Ragnar Kjartansson will present these spell-binding and multi-sensory experiences amongst a wide-ranging survey, perfectly-timed to shine a spotlight on one of the contemporary art world’s most exciting and evolving artists.

Exhibition curated by the Barbican and organised in collaboration with the Hirshhorn Museum and Sculpture Garden, Washington D.C., where a version of the exhibition will be shown from 14 October 2016 to 8 January 2017. Find out more about events in relation to the show here and The Guardian has released a critic that can be found here. The show runs from July 14th to September 4th 2016.