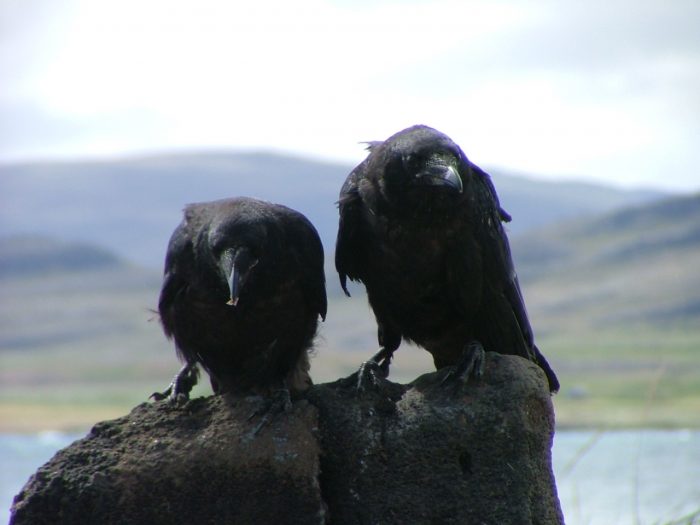 Ravens are a common sight in Iceland, coming in place of the crows which are found in other countries. These big glossy birds have long featured in Icelandic mythology and folklore; the god Ódinn was supposed to be accompanied by two ravens, Huginn and Muninn, and ravens are fabled to have played an important part in the settlement of the country when the Viking Hrafna-Flóki (Ravens-Flóki) sent his birds to find land.

The Icelandic Museum of Natural History keeps careful track of the raven population and indications are that numbers have been rising over the last few seasons. However, the increase is mainly in the countryside, with no apparent change in the numbers visiting towns and villages. Many ravens pass through Reykjavík, especially in the twilight as they return to their night roosts on Mt. Esja across the bay to the north of the city. In the mornings they set off again to cover a large area in search of food. Normally seen in pairs, flocks of ravens are an unusual sight and are described picturesquely in Icelandic as “hrafnathing” or an assembly of ravens.