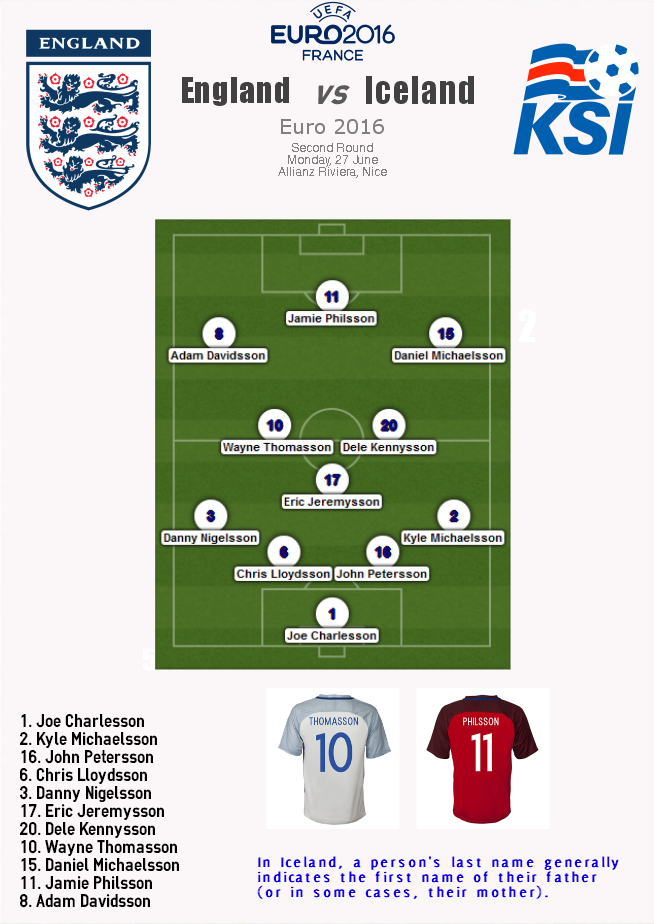 The England national team face Iceland in the second round at Euro 2016 in France on Monday evening for a place in the quarter-finals.

Iceland have won over a number of fans during their first three matches n the tournament having taken five points in their group which consisted of Portugal, Austria and Hungary, as well as their great support.

It is reported that nearly 10% of the nation is over in France this summer to support their team – more than 30,000 of their 330,000 inhabitants. The Nordic nation will now be looking to cause the upset of the tournament when they face former world champions and football giants England at the Allianz Riviera in Nice.

England themselves only took five points in finishing runners-up in a group they were widely expected to win – consisting of Wales, Slovakia and Russia.

Prior to the game, football stat man Barrie’s View has put together the below graphic of the England team if the country had the same naming system as Iceland. In Iceland, a person’s surname indicates the first name of their father, or in some cases, their mother. 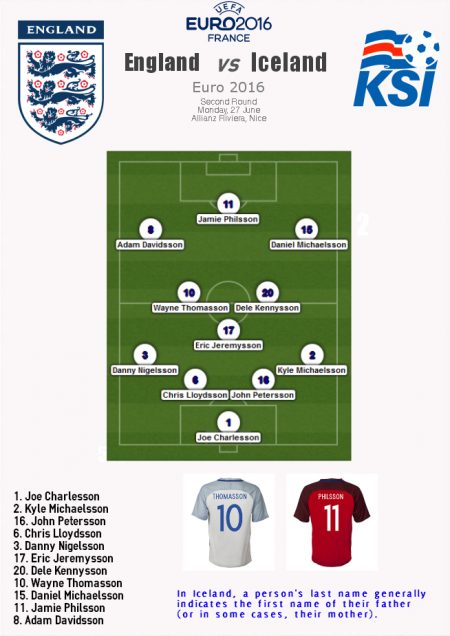 You may have noticed that the surname of 22 of the Iceland 23-man squad at Euro 2016 ends with ‘son’ – the letters before is the name of that player’s father.

Former Chelsea and Barcelona striker Eiður Guðjohnsen is a rare exception in the country.