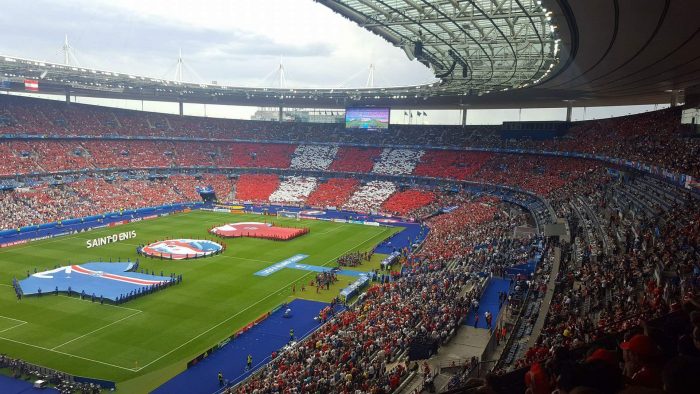 The football game of football games is on, Iceland against Austria at the Euro 2016. A win or a draw will take Iceland to the next stage, possibly meeting the England for their next match. A nation of 330.000 people will watching this game, no matter if they like football or not. Ronaldo has been taken care off, now both countries are focusing on their first win.

Anthems have been sung. Kick off is approaching! #Euro2016