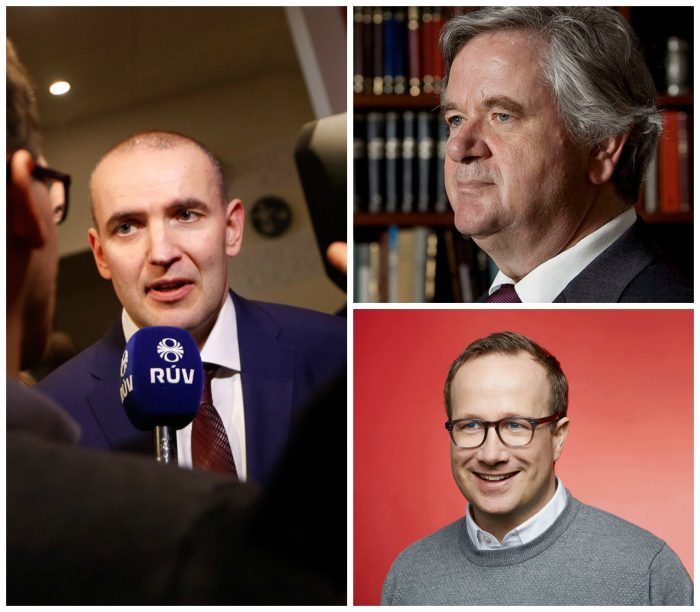 It says a lot about the pace of Icelandic politics these days that when a new, explosive poll on support for presidential candidates was published on Monday morning, it only took 17 minutes for it to become outdated, when the President of Iceland, Ólafur Ragnar Grímsson, published a statement saying he had decided to quit after all.

It could even be argued that the poll was already outdated while still being conducted, since on the last day a new candidate emerged, Davíð Oddsson. Oddsson was the leader of the Independence Party for a long time, and was Mayor of Reykjavík from 1982 to 1991. In 1991, he became Prime Minister, a position he held until 2004, when he briefly became Minister of Foreign Affairs. In 2005 he was appointed the chair of the board of Governors of the Central Bank of Iceland, but after the financial crash of 2008 he was fired from that position by the new, left-wing government. He has been the Editor-in-chief of Morgunblaðið since 2009.

“I believe that there is a place for the things I have stood for and the person I am,” Oddsson said in an interview with his own paper this week. “I know much about how the presidency works. As Prime Minister, I worked closely with two presidents and met with them regularly.” He said that he will now take a leave of absence from his job while he campaigns. “I believe that the nation knows me well even though I have been on the sidelines for the past 11 years. The people know the qualities I possess and the faults I most certainly have like all men. Some have made a career of it for the past few years, even every day, to write about me and my flaws online. But I’m not very bothered by that, although it has made it so that my flaws are well known. I’m not sure that the flaws of others are as clear. They are unknown to the voters.” President thinks there is no need for him to run anymore

But back to the poll, which showed majority support for newcomer and historian Guðni Th. Jóhannesson, and that support for president Ólafur Ragnar Grímsson had dropped from over 50% to 25% between polls. Only seventeen minutes after the poll was sent to the media, the president had sent his own statement to the same media. He originally said in his New Years’ Speech that he would quit this summer, only to decide to run again in April. He was in the running for three weeks before he decided to call it quits.

The president said in his statement that over the past few days it had become clear that the nation can choose between candidates that have substantial knowledge about the presidency and how it works and that support for a new president could be as high as previous presidents have received when they were elected. Therefore it was the democratic thing to do, and normal after 20 years in office, to go with his first decision and quit.

Grímsson had said in an interview over the weekend that the situation had changed dramatically with two strong candidates stepping forward since he decided to run again. Guðni Th. Jóhannesson, who is the man who has written the most about the presidency and knows it very well, and Davíð Oddsson, who is the man who after himself has sat in the State Council for the longest, the president said. This is unique in his opinion. The president also said that he started to ponder whether he should quit as soon as Jóhannesson stepped forward last week. Then when Oddsson came forward he realised that there was no longer a need for him to be in the running.

The president denies that the revelations about offshore accounts related to his wife and her family had anything to do with his decision.

Support grows even more for Jóhannesson
Later this week, a new poll, the first one conducted after president Grímsson announced he would not be in the running after all, showed 69 percent of those asked say they will vote for Guðni Th. Jóhannesson. Former Prime Minister Davíð Oddsson has 13.7 percent support and writer Andri Snær Magnason has 10.7%. The poll was done on Monday evening and even though the president has announced his retirement, 3.2% said they would vote for him. Halla Tómasdóttir has 1% support and other candidates have less.

Support for Jóhannesson is quite equal between sexes and ages, while he does have a little bit more support among women than men. The same goes for Magnason, who is more popular among women, while Oddsson has much more support among men than women. Oddsson is also more popular among those who are 50 or over.
This article is a part of The Weekly Report provided by Kjarninn Media in Iceland.