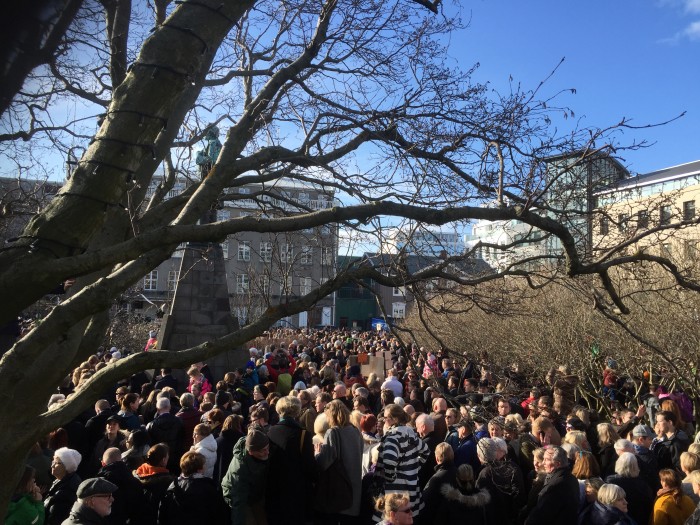 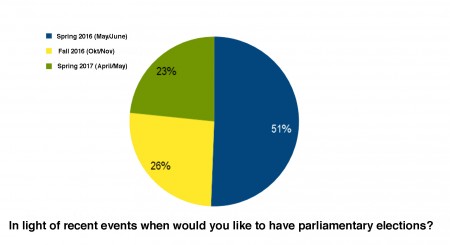 A major protest it mobilized for today´s afternoon on Austurvöllur for the sixth time, with speeches and music. Majorities of people in Iceland are displeased with the new arrangement and find the measures the government has taken to be too small. A recent poll shows that 51% of Icelanders want elections now, 26% in the fall and 23% next spring when elections were due. Further 57% of those asked supported the dissolution of parliament. The social science research institute of the University of Iceland conducted the poll on April 8-9 and 862 individuals answered.