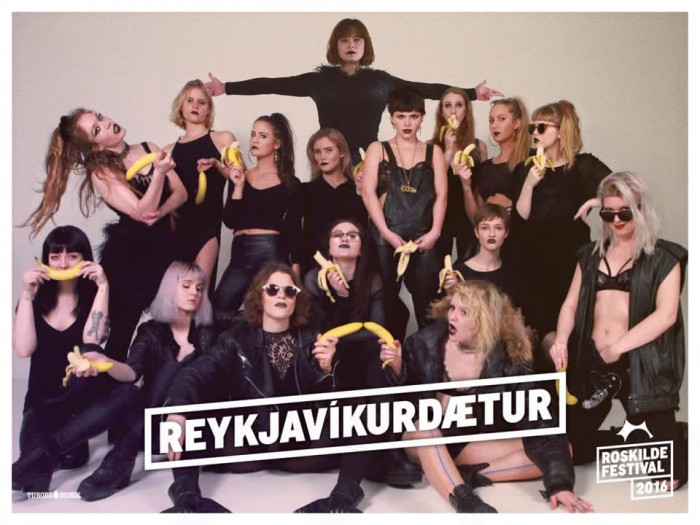 The tour of the UK includes four concert dates in London. In their announcement the band states that,” the London concerts are organized by some of the world’s biggest feminists as the Women of the World conference is taking place in the city at the same time.

Nationwide Debate on Feminism after a Provocative Performance

The band recently stirred up debate in Iceland after an appearance on a weekly talk show during which an Icelandic actress, Ágústa Eva Erlendsdóttir, took offence and stormed of the set mid-show.

The song is called “Ógeðsleg” (Disgusting), a none apologetic response to some hard criticism they themselves have endured in the past, the lyrics include mention of sex, tampons, and prompts listeners to suck on some clitoris among other things that might be offensive to the faint of heart.

Social media in Iceland saw some strong reaction following a Facebook statement from the offended actress, descripting her distress during the performance – Debate and analytical responses followed in plenty with mixed reactions over the performance and the act of “walking of set”. Reykjavíkurdætur are typically either hailed as a confrontational feminist movement or are downgraded to sluts using shock effect for their gain.