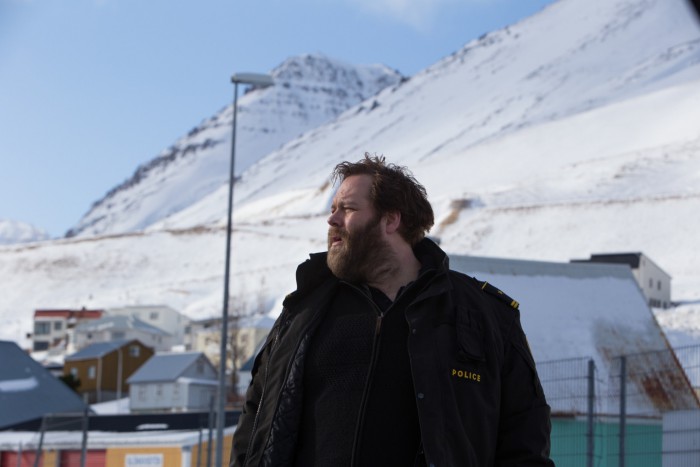 The first two episodes of Trapped aired on BBC4 this week  and have already received promising initial response with critics speaking about the settings of the dark winter ambient, the exhilarating plot the performance of the actors and not least the cost of the production.

Ceri Radford of the Telegraph gave the series four stars calling it “a superb and suspense laden drama” stating that the weather and the dark temperament of the Icelandic winter makes for a perfect setting for the gloomy suspense and according the her the Nordic knitwear add to the aura. Euan Ferguson of the Guardian calls it “seriously, toe-tinglingly, good.” while pointing out that it’s the most expensive TV production coming from Iceland so far while Paul Hirons from The Killing Times calls it an Agatha Christie, Anne Holt and also Iceland’s most expensive ever TV series, in any genre. Going on to asserting that thankfully, it’s also very good indeed. He takes time to note the landscape and winter as the perfect setting for a crime drama comparing the main character, policeman Andri, played by Ólafur Darri Ólafsson, to a bear. Radford how ever compares Andri, to “a shambling Icelandic cousin of Harry Potter’s Hagrid”

Twitter response to the series is in abundance after each episode, people ponder about the weather in the village, the isolation, why the characters don’t seem to button up their overcoats in the seemingly freezing winds and if all Nordic drama is fabulous or if BBC4 is just so good at finding them and picking them out.