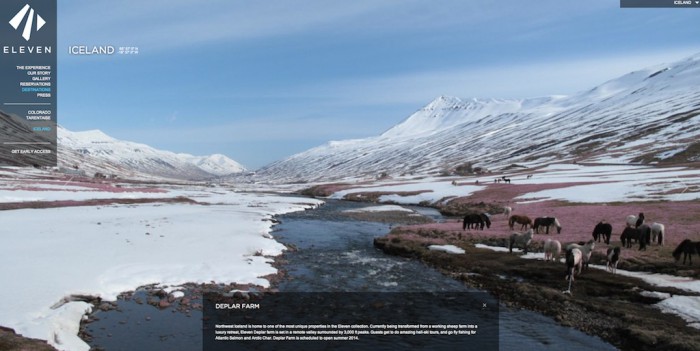 Deplar Farm in Skagafjörður is currently being transformed from a working sheep farm into a new luxury resort set to open in April 2016, according to the marketing manager of travel company Eleven Experiences.

Sited in an area of outstanding beauty, the new resort will offer activities such as salmon fishing, whale watching, horseback riding, surfing and heli-skiing trips.

The resort will feature indoor and outdoor swimming pools as well as a spa with saltwater floating tanks. In addition, a unique wine cellar is being constructed and  gourmet dining will be offered. The cost of four days at the resort will be approximately 1.3 million ISK.

The resort is the brain-child of Icelandic entrepreneur Orri Vigfússon, and US multimillionaire Chad Pike, owner of Eleven Experiences.

With supporters including the Prince of Wales, Orri has raised millions to negotiate buy-out deals with 5,200 fishermen and netsmen in Western Europe and eastern North America.

Chad Pike is a member of the National Fish and Wildlife Foundation where he is chairman of the Fresh Water Fish subcommittee as well as a board member of the North Atlantic Salmon Fund.