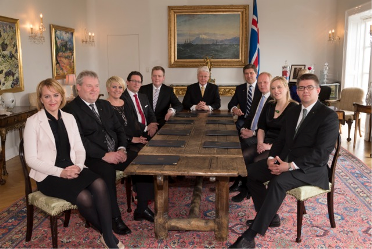 Up to 100 refugees from Syria and other conflict zones may find a home in Iceland this year, as the government announces plans and budget to accommodate the human plight.

The government has pledged 2 million ISK towards refugee relief over the next 24 months, helping to bring refugees to Iceland, settle them, and expedite the asylum application process.

While the intake number may be comparatively small, the nation’s 300,000 people are overwhelmingly in support of accepting some refugees, with at least 25 families reportedly volunteering to take in refugees, and 90 per cent agreeing with measures, in a recent poll.

Prime Minister Sigmundur Davíð Gunnlaugsson would not be drawn on exactly how many will eventually be settled in Iceland, permanently or temporarily, but did promise Iceland would do its bit to assist the EU, with ‘at least 100’ arriving before the end of the year.

Several hundred thousand refugees have poured across land borders of Southern Europe this summer, many from war-torn Syria, seeking a better life. Countries such as Hungary are reeling from the numbers, with many destined for Germany. A recent announcement by the EU parliament to force members to accept 150,000 of them on quota has caused deep and bitter dissent in the bloc, which is already reeling from the earlier Greek debt crisis.