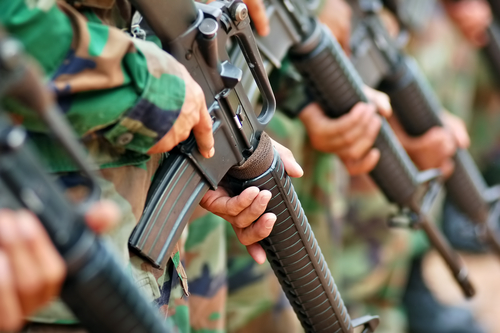 The Swedish army has licked off its new Pride campaign that urges all service members to feel comfortable representing the military openly.

Posters featuring a woman dressed in army uniform in front of a camouflage background are being put up across the Scandinavian country. However, the thing that particularly stands out is the rainbow badge she is proudly displaying on her arm.

The caption at the bottom of the picture, meanwhile, reads: “Some things you should not have to camouflage.”

Underneath the image, a message from the Swedish Armed Forces states that equality is an “essential ingredient of democracy”. It goes on to say that in the armed forces they treat each other with respect and view other people’s differences as a strength. It adds that they are an exclusive organisation in which everyone serving and contributing will feel welcomed and respected.

Sweden is among just a few countries across the globe that allows people from the LGBTI community to serve openly in its military, something which it has done since 1976.

The army’s head of marketing Robert Forss said the campaign was neither controversial nor challenging the social norms, insisting that it was just their natural way of communicating with the public.