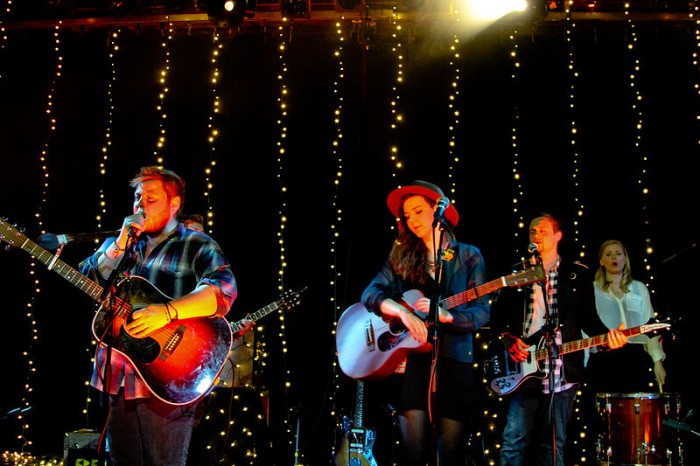 Icelandic indie folksters Of Monsters and Men have released the video for their latest hit, Crystals, from their forthcoming album, Beneath the Skin.

The band’s highly anticipated second album is due to hit the shelves on 9 June, with the band seeking to follow on the success of the debut album, My Head is an Animal. The album gained worldwide recognition, selling more than two million copies globally.

The video for Crystals was filmed in Iceland and features lead singer Nanna kitted out with bizarre hair, striking makeup and extravagant outfits set amid some of the North Atlantic island’s most scenic locations.

Of Monsters and Men, who are signed by record label Republic Records, are due to perform at the London Forum in June, before returning to the UK in November to play in Manchester, Birmingham, Glasgow, Bristol, Sheffield, Newcastle and London again.

Among their notable successes from the first album was the single Dirty Paws, which featured in the trailer for the hit 2013 movie The Secret Life of Walter Mitty, which was filmed in Iceland and starred Ben Stiller. Silhouettes was also on the soundtrack for The Hunger Games: Catching Fire, while Sinking Man is on The Walking Dead: AMC Original Soundtrack.