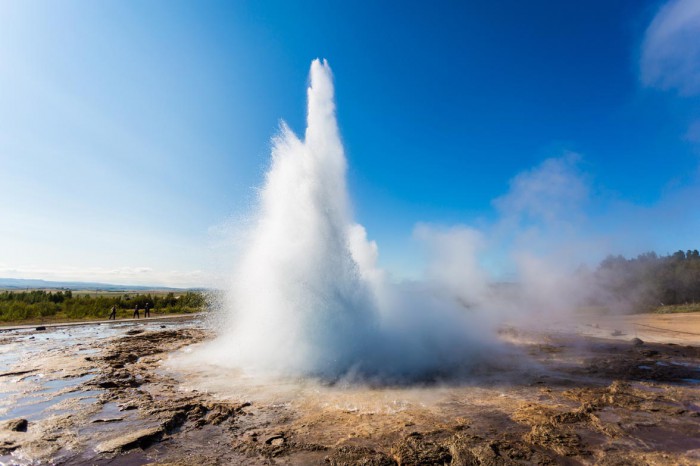 An artist who painted a geyser in Iceland bright pink has said the spray he used was harmless and has refused to pay the fine he was handed.

The Danish-based Chilean, Marco Evaristti, received a fine of 100,000 Icelandic kronur (US$740) for his efforts, which saw him use food colouring to decorate the renowned Strokkur geyser. However, he has to date refused to cough up the cash, and on Sunday flew out of the country without being stopped.

The artist insisted that the dye he used on the hot spring was harmless, and claimed that people’s criticism actually went to show that they cared about the nature around them. It was one of a number of recent moves by Evaristti, who has also dyed an Icelandic sheep and a Saharan sandbank bright pink.

The Chilean has come under fire in recent days, particularly regarding online comments, with many posters unhappy with his “arrogant” attitude and accusing him of disrespecting Iceland.

One commenter on his Facebook page said that all artists have their canvas, but when it involved potentially harming natural environment things had gone too far.

However, others chose to defend Evaristti, with one woman admitting she was “embarrassed” by the things people had said to him and that, in her opinion, the pink geyser was “beautiful and thought-provoking”. She added that people should act the same way when governments and companies actually ruined nature.