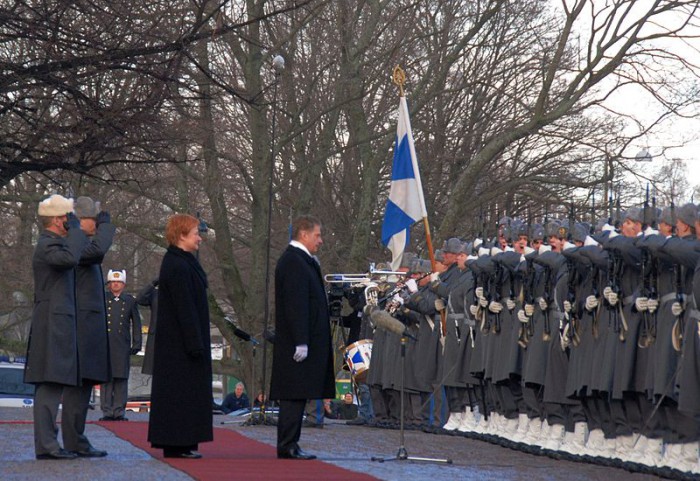 Finland president and renowned rollerblading enthusiast Sauli Niinisto has now added the United Arab Emirates to the long list of countries he practices his favourite pastime in while on diplomatic visits.

President Niinisto was spotted blading on Abu Dhabi’s renowned Yas Marina Circuit on Sunday, during a visit in which he met with Crown Prince Sheikh Mohammed bin Zayed.

And it is not the first time the adventurous president has packed his blades when heading for foreign lands, with estimates stating that he has now rollerbladed in over 30 countries since taking up the hobby when he was finance minister during the 1990s.

In fact, he has even admitted that he views blading abroad as a kind of collection, noting that he had taken to the streets along New York’s Broadway and Tiananmen Square in Beijing among many other renowned places.

On his visit to the Middle Eastern state, Niinisto went on a 12-kilometre skate along the capital’s seafront before carrying out talks with the Crown Prince.

A number of other global leaders also have some surprising pastimes, with former Ukrainian President Viktor Yushchenko enjoying a spot of climbing as well as beekeeping, and Belarusian President Alexander Lukashenko a keen enthusiast of roller-skiing – a bizarre sport which is basically cross-country skiing without snow.