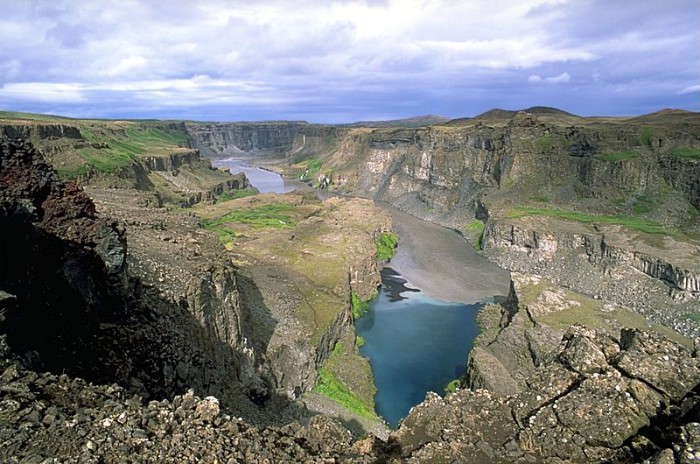 One of Iceland’s biggest canyons was created by three devastating floods that occurred thousands of years apart, geologists have learnt.

The 280-kilometre long, 100-metre deep Jokulsargljufur canyon houses the most powerful waterfall in Europe and is a major tourist attraction in the North Atlantic island.

Now scientists have worked out how the canyon was formed after analysing the rocks in the walls that line it and, surprisingly, they have discovered that the key changes likely occurred during just three brief but savage periods of flooding.

Furthermore, the first of the three floods occurred 9,000 years ago, while the second and third happened 5,000 and 2,000 years ago respectively, with thousands of years of relative safety in between.

The geologists said in the journal Proceedings of the National Academy of Sciences (PNAS) that what they have learnt proved how significant such brief but cataclysmic events could be in shaping landscapes.

First author and University of Edinburgh PHD student Edwin Baynes noted that natural environments were generally thought to take thousands of years to form, but this showed that sometimes it could happen suddenly. He explained that such an insight into this “magnificent landscape” helped researchers understand the formation processes better and describe its legacy more accurately.