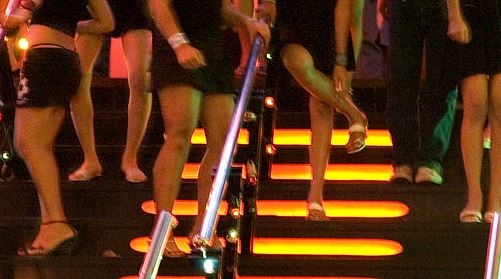 The number of people paying for prostitutes in Denmark in December is higher than at any other time of the year, according to a recent report, which also stated that sex workers have a greater desire to earn more money in the build up to Christmas.

Deputy Inspector Tom Struve said that street prostitution in particularl rises significantly during December, with sex workers aiming to take advantage of the higher numbers out and about in towns and cities across the country.

Malene Muushold from Reden, an organisation that works with foreign prostitutes working in the capital Copenhagen’s Vesterbro red light district, said there was increased pressure on these women in December. She explained that many foreign sex workers had a constant need for money as they needed to send funds back to their families or give a proportion of their earnings to traffickers.

However, she revealed that this year they have found more women trying to earn as much money as possible in November and December in the hope of scraping enough together to travel to Italy or Spain to spend Christmas. She pointed out that many of the foreign sex workers in Vesterbro actually have residence permits in southern European nations, and travelled there when not working in the Scandinavian country.